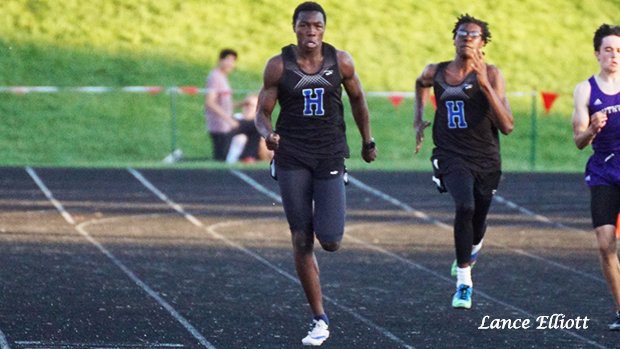 Joe Fahnbulleh just completed his junior year. He's like any other high school boy. Outside of running, he enjoys working out, art, and spending time with his family. But there's one thing starkly different about him: he's the fastest boy that Minnesota has ever seen.

If one were to describe the beginning of Fahnbulleh's journey to sprinting success in one word, "unconventional" might be the best choice. At first, Fahnbulleh did most of his running on grass, as he began competing in cross country in middle school (a sport he still competes in). The whole sprinting thing? He figured that out by accident. "I first got exposed to track from cross country," Fahnbulleh recalls, "during the speed workouts, I would just fly by everyone."

After joining track in high school, all the pieces fell into place. Fahnbulleh notes that, "track was different from cross country, it was easy because I was good at it at that time. I knew there were other people better than me so I worked hard to get to a varsity spot." Even in his earliest stages, Fahnbulleh recognized his talent while also acknowledging the needed to work hard to reach his potential. What Fahnbulleh was unaware of was just how meteoric his rise would be.

Though he'd been running impressive times for a few years (not the least of which being his state-championships-winning time of 21.35 last June), it wasn't until this summer that Fahnbulleh really took notice of his own speed. "The first time I truly gave the recognition to myself on how fast I've become was at regionals for USATF. I ran 10.54 [in the 100m] as a 16-year-old," he observes. And part of that recognition is looking at those who came before him. "The person who dominated the track scene before me was Denzel Brown," Fahnbulleh remembers, "when I compared myself to him and seeing I was running the times he ran was a sign saying 'you're fast, and you can go faster.'"

Off of his 10.54 100m and a 21.89 200m at regionals, Fahnbulleh entered the USATF National Junior Olympic Championships with plenty of momentum behind him. However, those times were just the tip of the iceberg, even if Fahnbulleh didn't realize it. "Going into Nationals, my mindset was every race it's life or death because I wasn't seeded good so I ran my hardest each race," he tells me.

When all was said and done, Fahnbulleh had (fairly convincingly) collected a national title in the 200m and the Minnesota state record had been lowered by nearly a quarter of a second to 20.69 (the old record of 20.92 had been set by Mankato East sophomore Jon Boyd in 2004). Technically, Fahnbulleh had broken the record in prelims (in 20.84) before shattering his own mark (20.69) again in finals. As he had never gone under 21 seconds prior to the meet, Fahnbulleh's performances were nothing short of extraordinary. By the end, Fahnbulleh ranked 3rd in the nation for the 2018 season among wind-legal performances, as well as the top returner in the country. But what might stand out the most is his mentality - it's clear that Fahnbulleh thinks and acts like a winner. Even after a dream race, the ways to improve took precedence to the excitement. "My races were good, obviously. It was the best I could do at the time but reflecting on it, I could've done more of the little things like ice bathing each night and going to sleep at a better time. The little things make a difference," he notes. 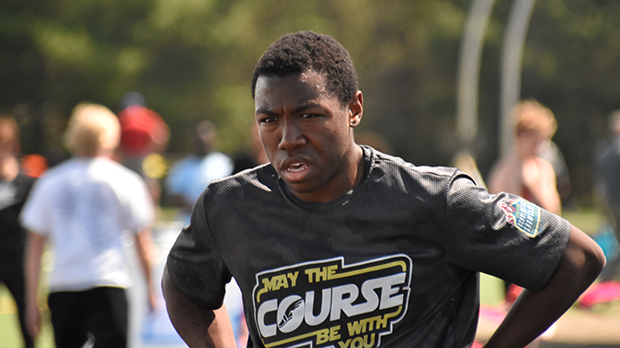 Though it's obvious that Fahnbulleh owns an incredible amount of talent and a work ethic to match, what separates him from the pack is his mindset. He's not afraid to set lofty goals and go after them. He's humble, yet confident. He's wary of his new standing in the national ranks, stating, "it's crazy that I'm the top returner in the country, a few months ago I was just a regular guy running low 21...With me becoming the top returner, it gives hype around my name, but the only way to stay humble is to not believe in the hype. WIth me being the top returner only puts a bounty on my head, and you'd best believe I won't let anyone collect it." With such a fearless attitude, Fahnbulleh is ready for any challenge that comes his way in 2019. Bring it on.

So what's next for Fahnbulleh? With a State title, two state records, and national age group championship, there's not much out there that he hasn't done yet. But Fahnbulleh is incredibly ambitious, and at this stage one must think there's nothing that will be impossible for him on the track. And he's not backing away from anything. "My expectations going into the upcoming season are to break all the records I can, and by me doing that is to give 100% and have no regrets. It's my last season I have to leave my mark," Fahnbulleh outlines, "my goals for the next few years are to make it to the Trials and with the grace of God making it to the Olympics. If I don't make it in 2020 then I'll work even harder to make sure that I'll make it in 2024."

Lastly, Fahnbulleh leaves behind some advice: "Don't believe in the hype. You can come from nowhere to somewhere - you just have to work and want it. Don't disregard the people who are lower than you in times - one day they'll surpass you. I've learned that the hard way. Get as much experience as you can and learn from it, work hard and believe in yourself."

Though Fahnbulleh speaks like a seasoned vet, he still doesn't know how much faster he can go. but one thing is certain: next spring, no Minnesota sprint record will be safe, and he will surely be in the mix for another national title.

So how much faster can Fahnbulleh go? Only time will tell. 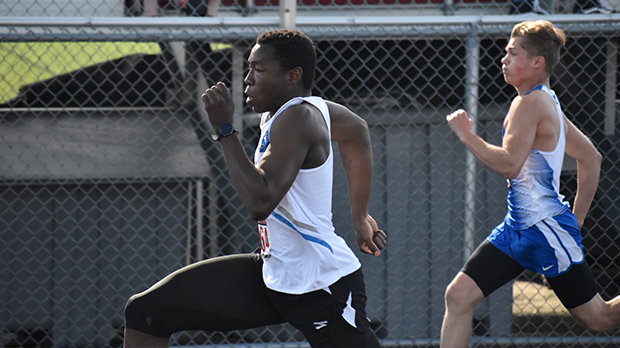