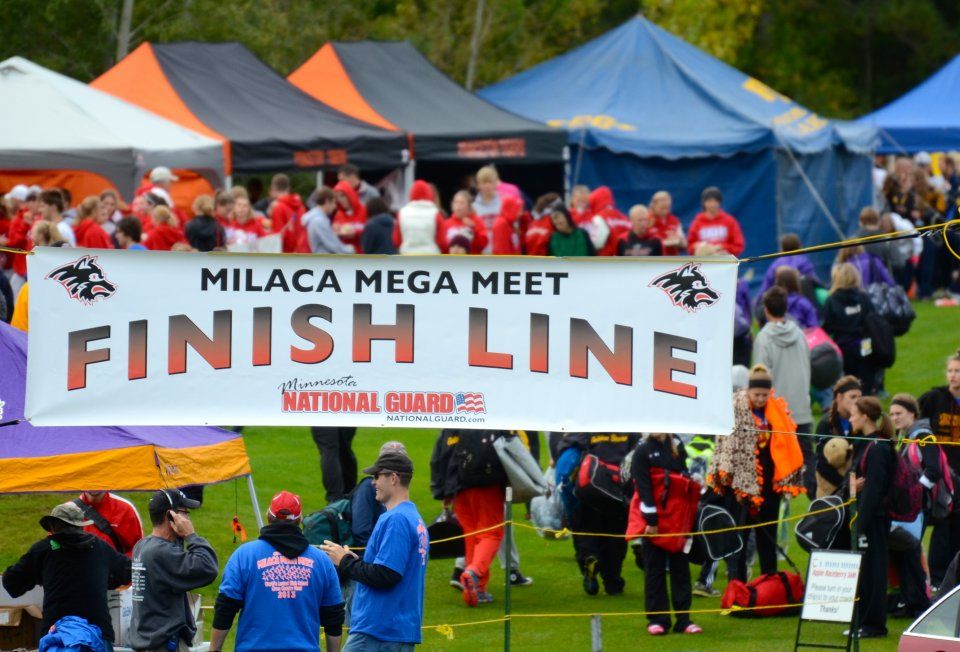 On a day made for running with partly sunny skies and temps hovering in the 50s and low 60s, nearly 4,500 young athletes made their home in the tent city at Stones Throw Golf Course in Milaca, MN.  The largest meet in Minnesota also features an "Old Timers Run" that allows former HS athletes and parents to showcase their talents.

Long Prairie-Grey Eagle jumps from last year's 2nd place finish to win the Boys Class A race with 129 points, followed by Mounds Park Academy with 134 points (9th in 2012) and Holdingford repeating in third with 146 points. 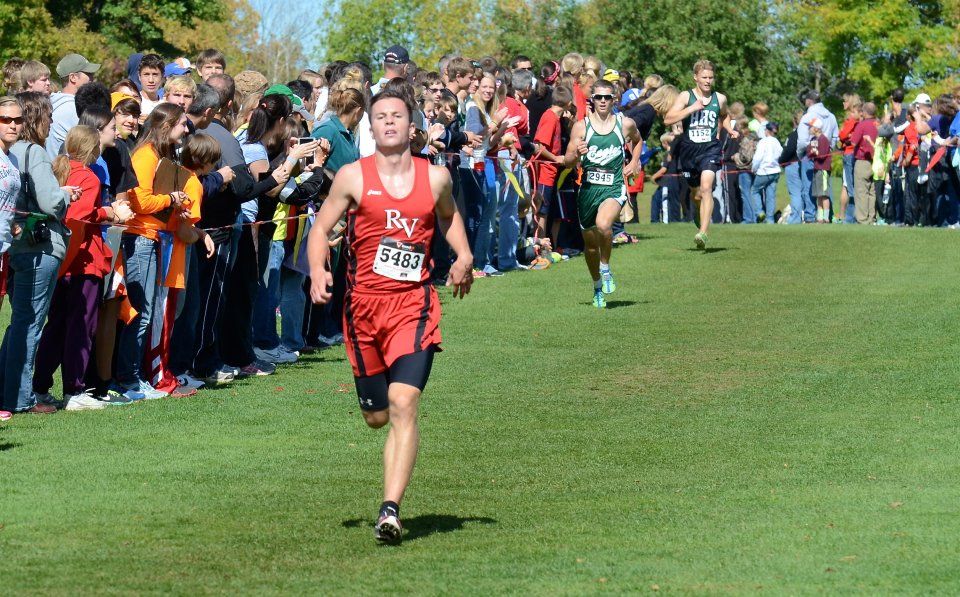 Ryan Phillips (Redwood Valley) extended his list of first-place finishes for the season, completing the 5k race in 16:23.2.  This was a nearly 16 second improvement on last year when Redwood Valley competed in Class AA and he finished 14th in 16:39.4. 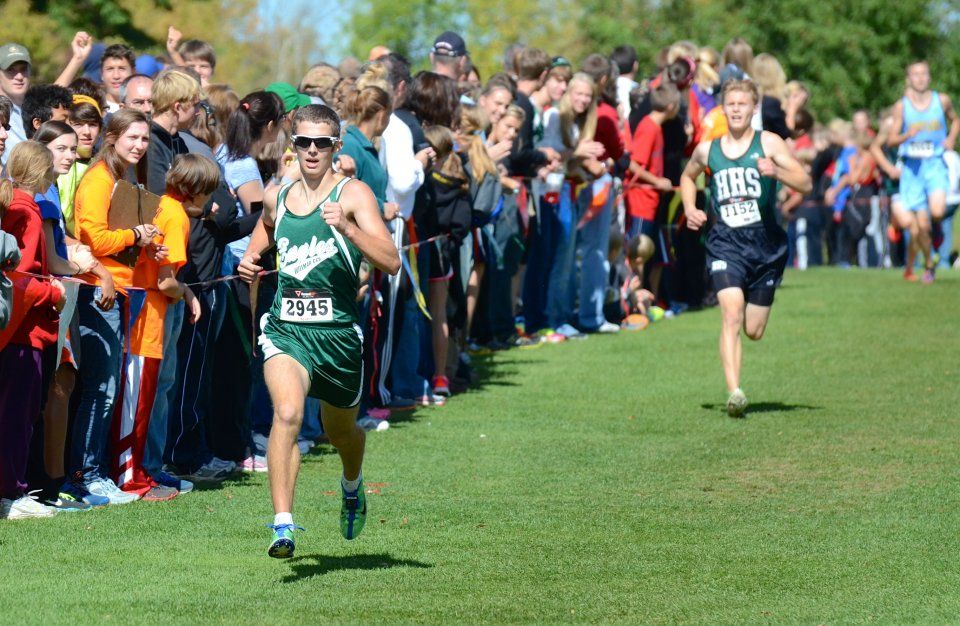 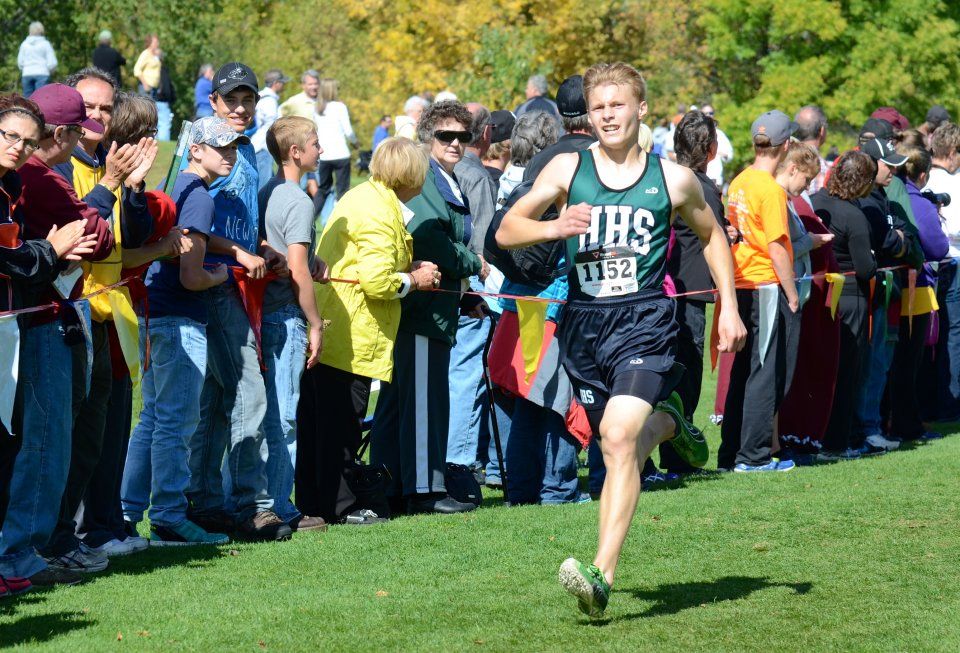 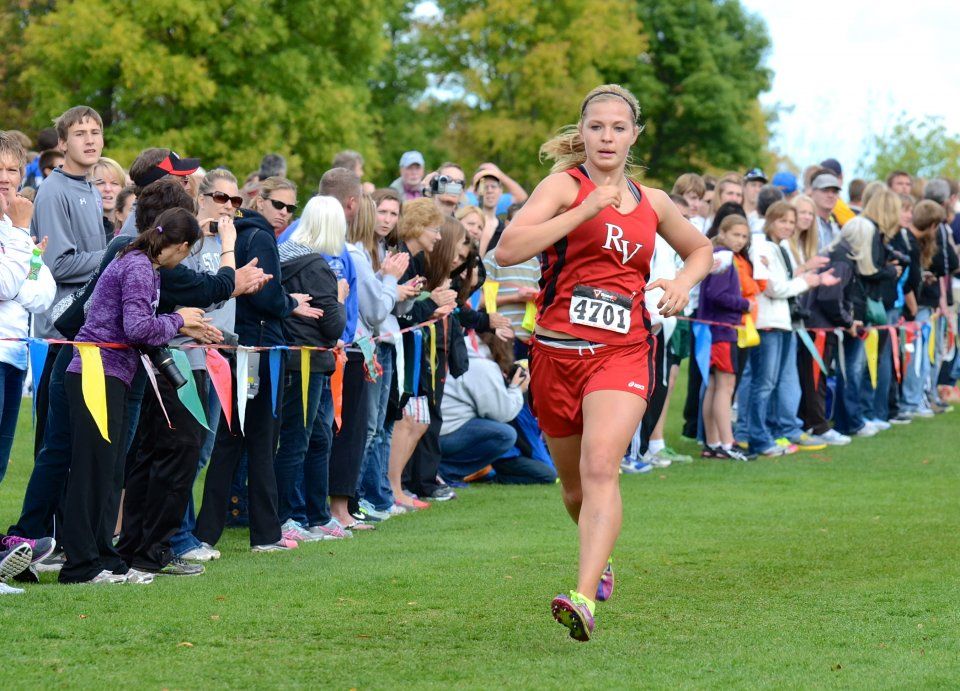 Redwood Valley swept the Class A varsity titles with Kayla Huhnerkoch taking the course in 14:46.2. 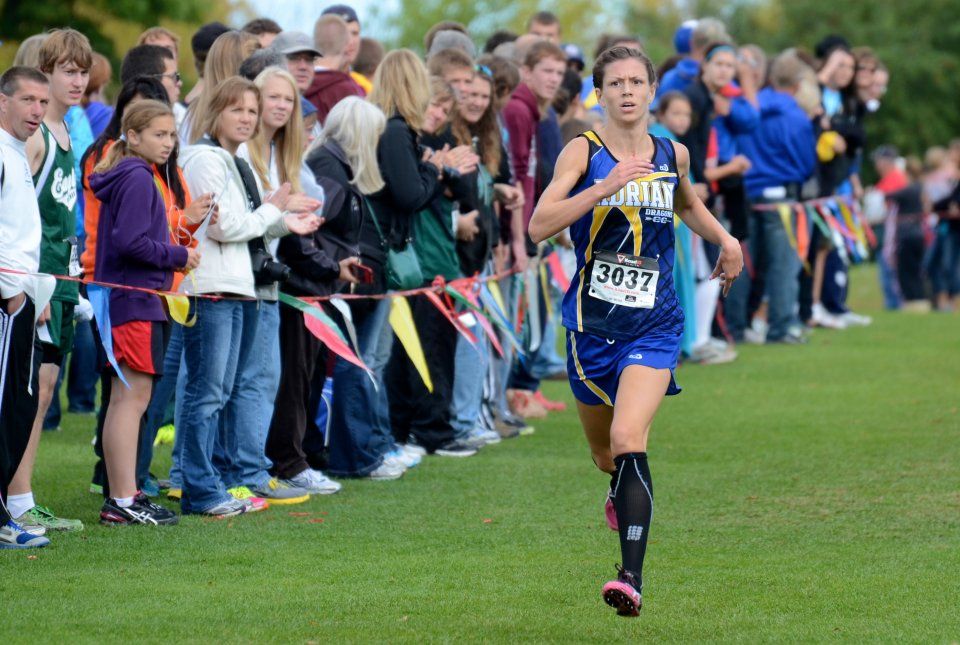 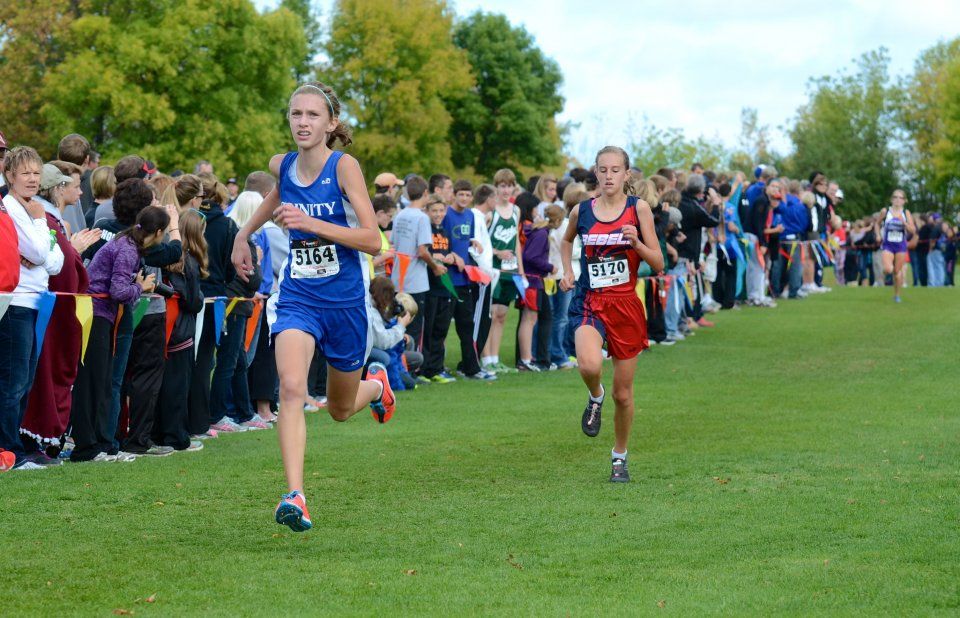 All three athletes saw significant improvements in their times compared to 2012 when Redwood Valley and Adrian competed in the Class AA race.

On the boys side, Minnehaha Academy takes the team honors with 54 points, followed by Mora with 78 points and Martin County West with 110 points. 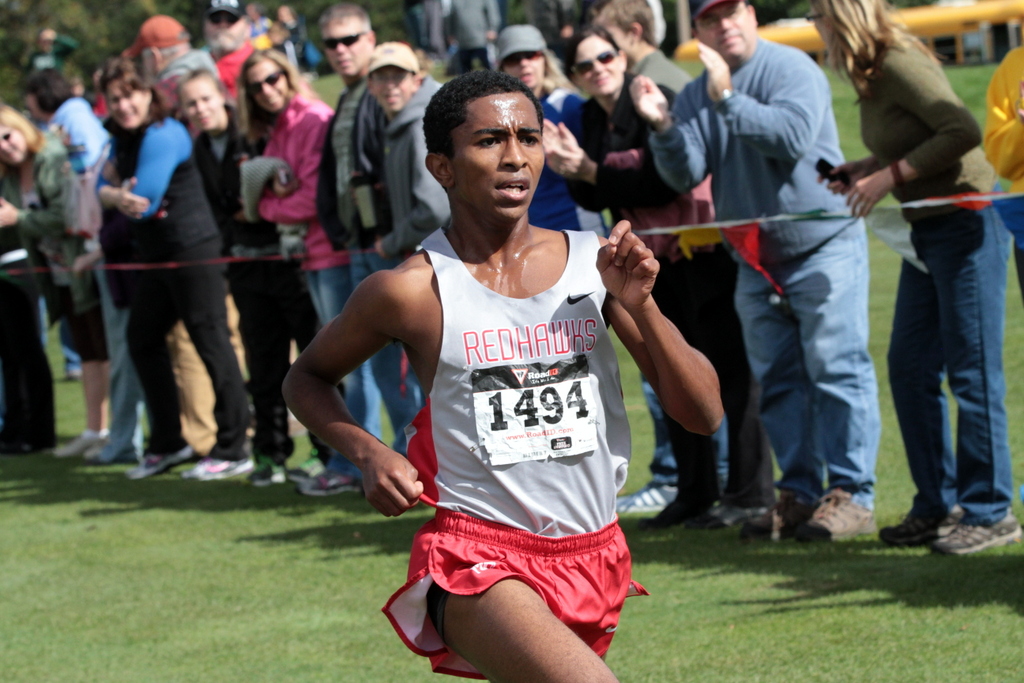 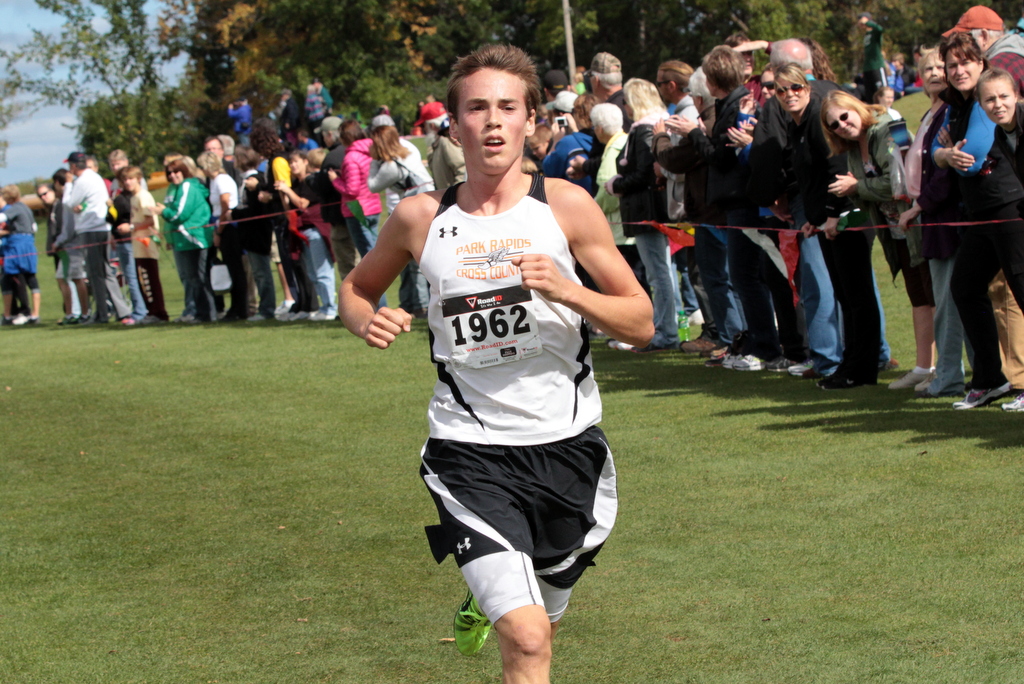 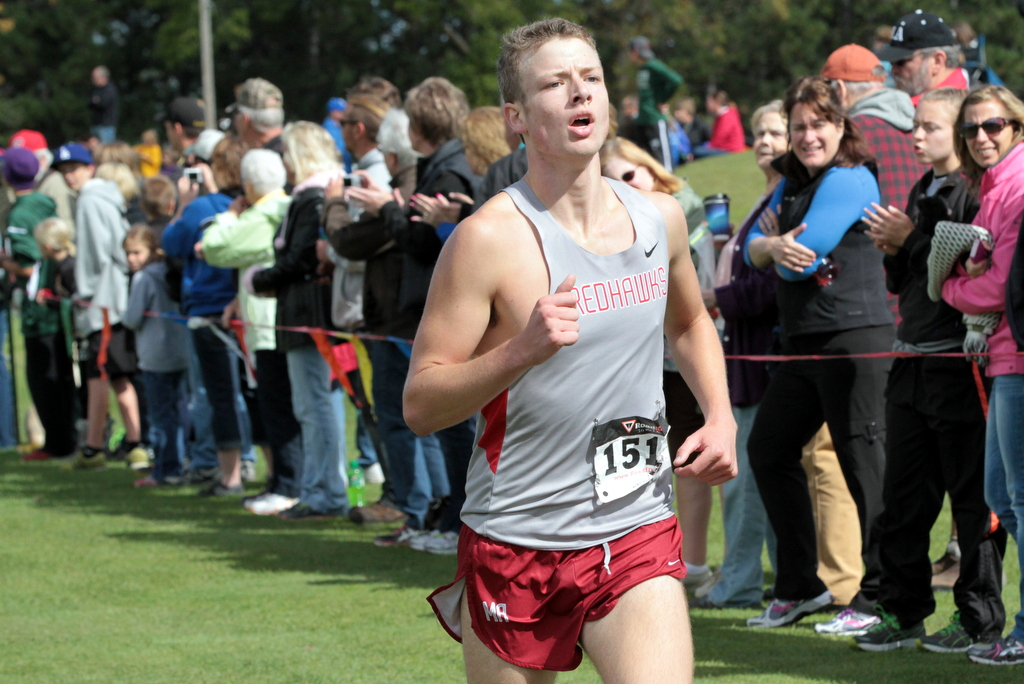 All three are ranked in lat week's Class A coach's polls. 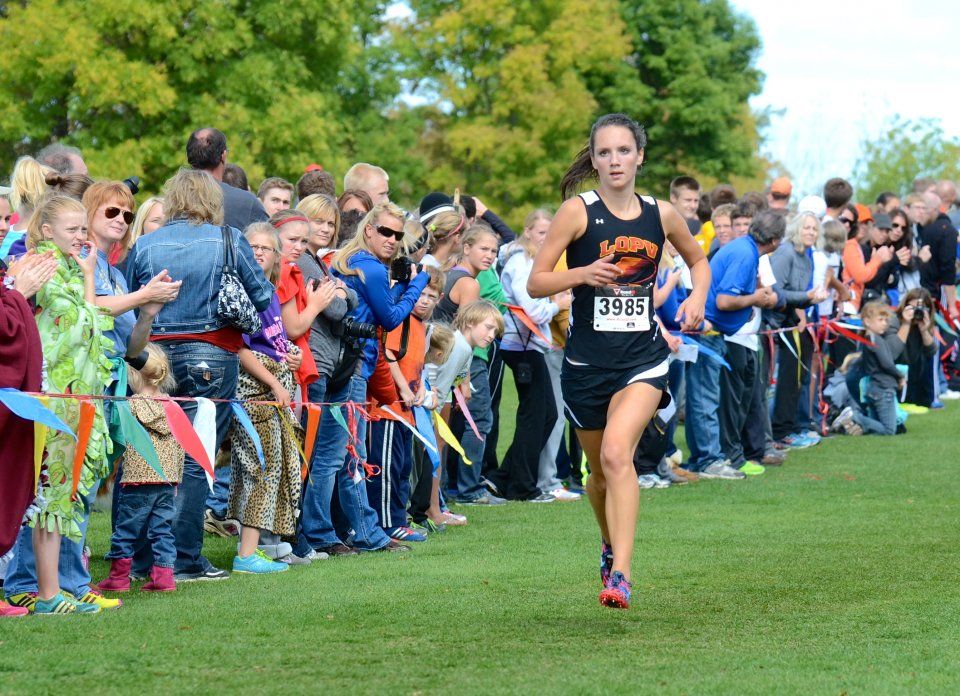 Alaysia Freetly (Lac qui Parle Valley/Dawson-Boyd) was the only AA runner to complete the course in a sub-15 minutes time with a 14:55.6. 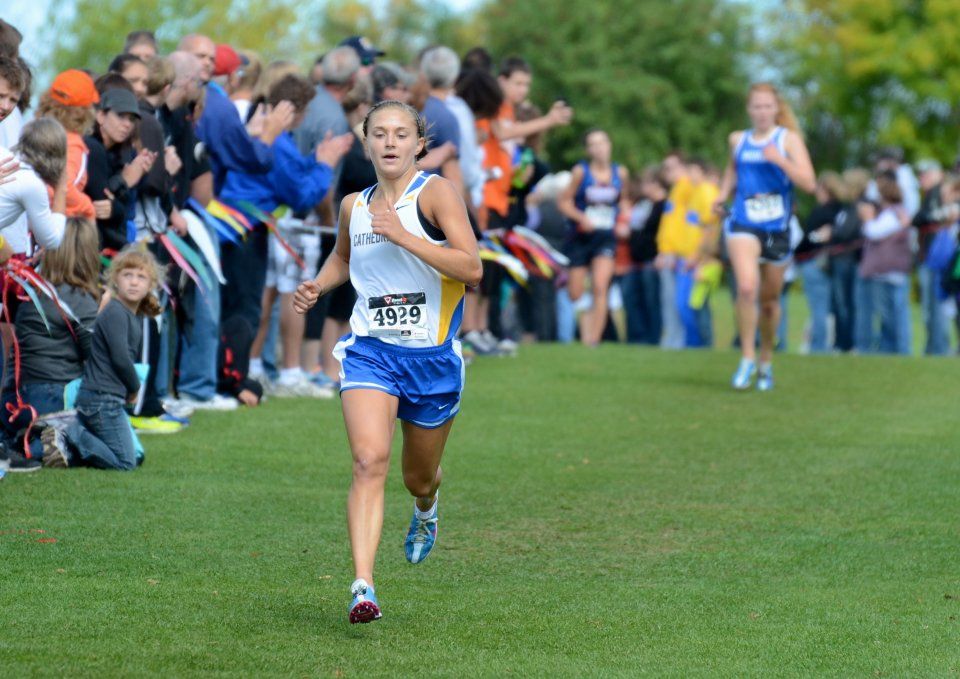 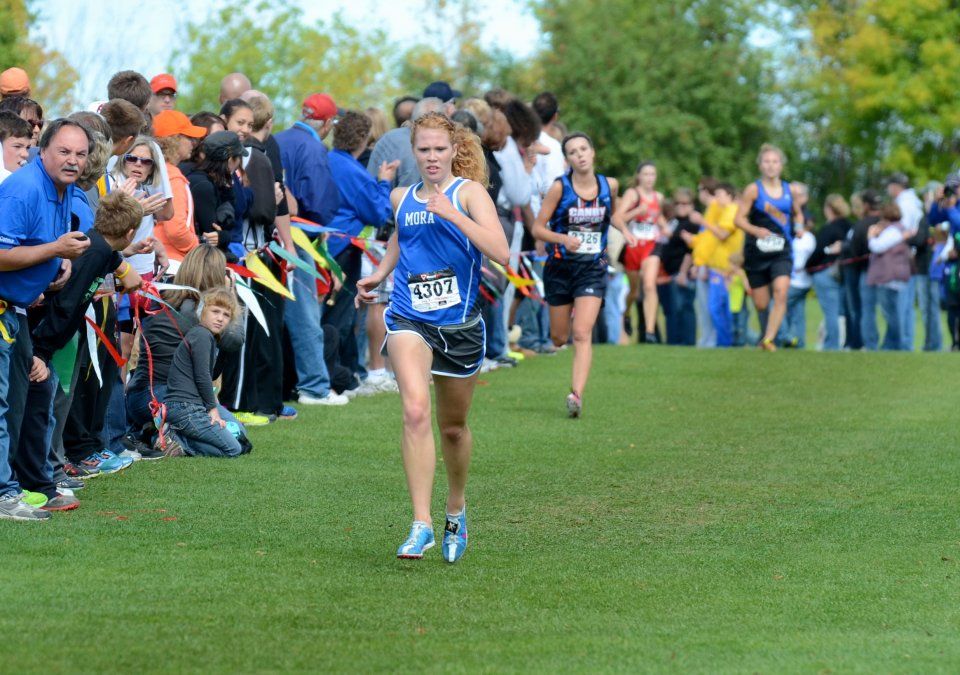 Hutchinson moved up from last year's 4th place finish to win this year's Class AAA race with 71 points.  Chaska took 2nd with 106 points and Chisago Lakes moved up from 7th to take 3rd with 111 points. 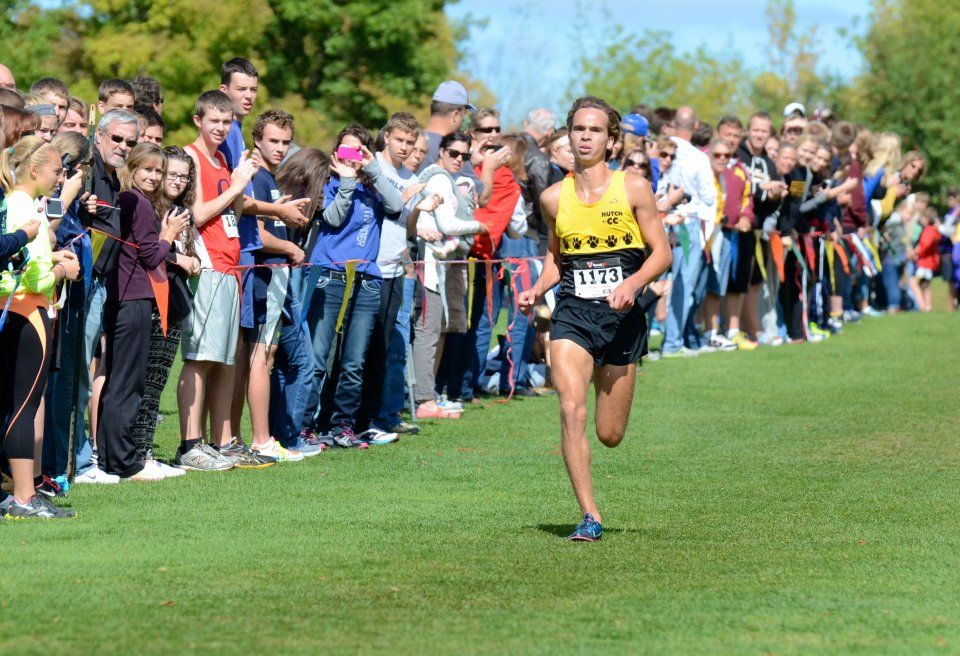 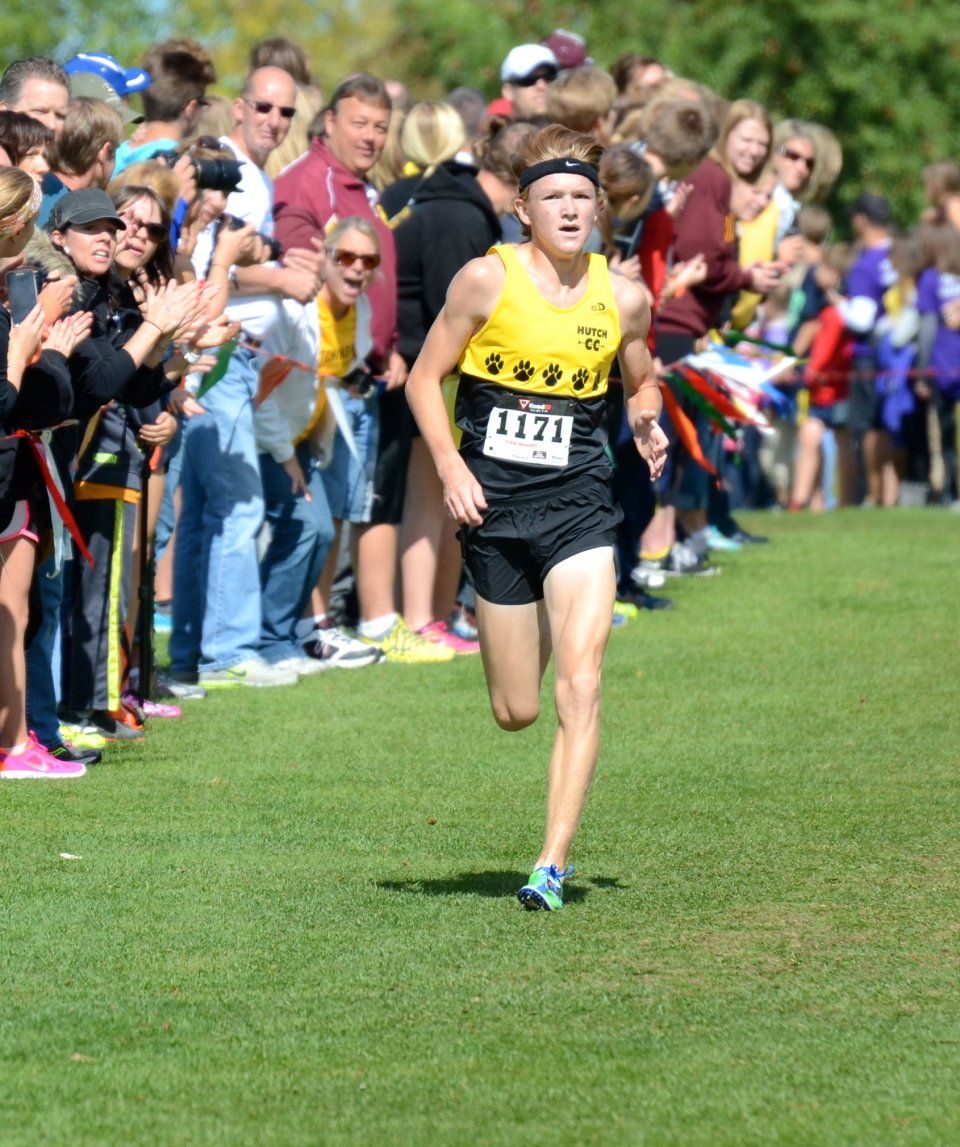 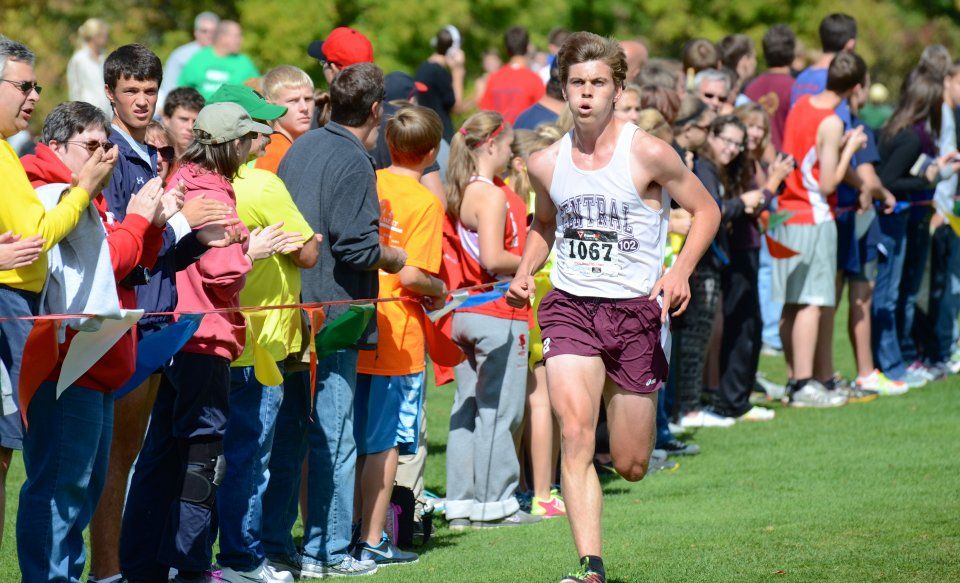 The girls AAA race looked like a repeat from last year with the top 3 teams remaining the same - Monticello took 1st with 66 points, followed by Sartell with 73 points and Chaska in third with 96 points. 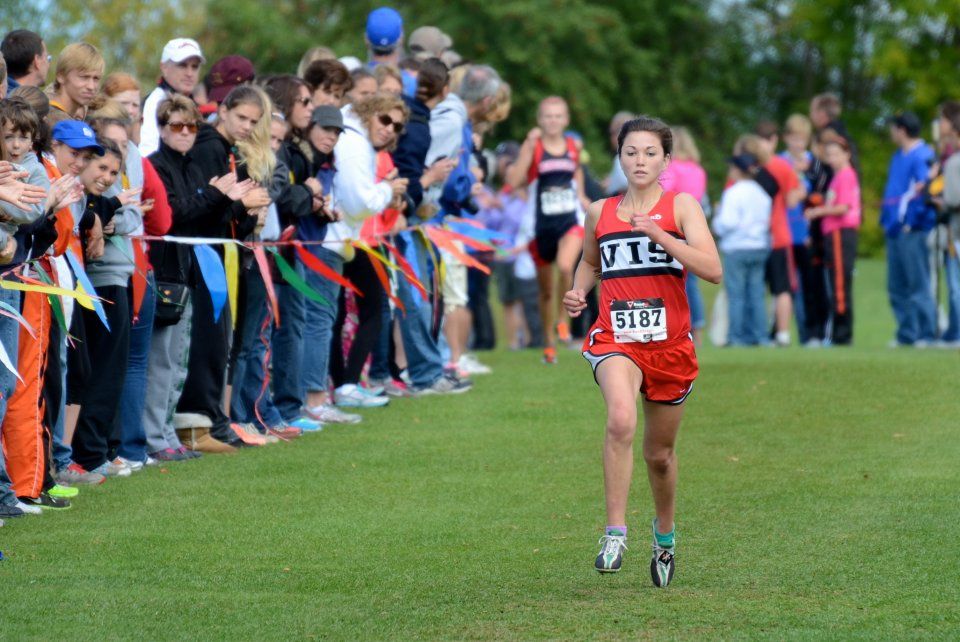 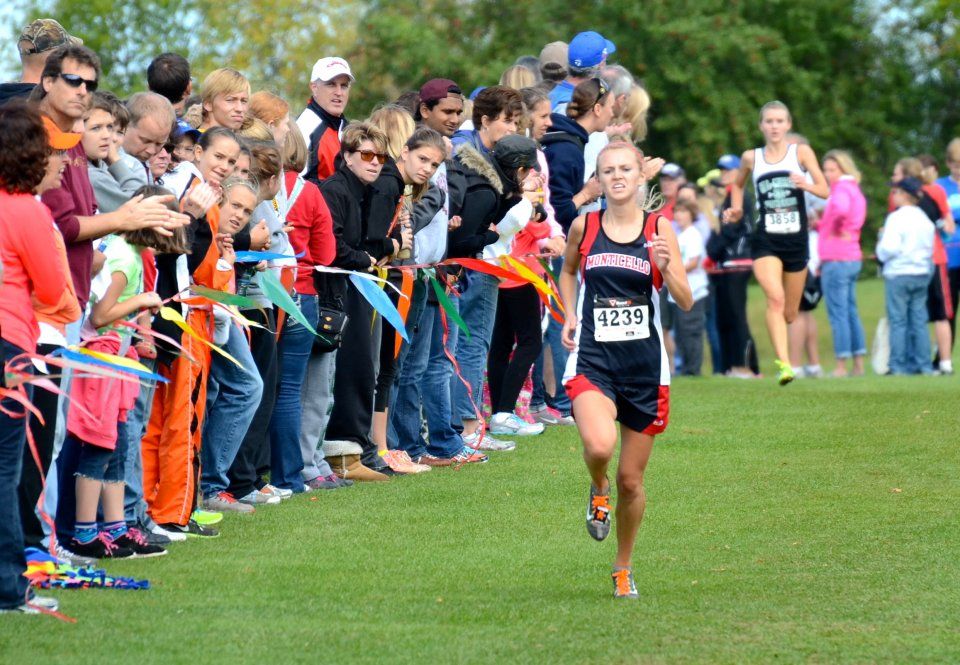 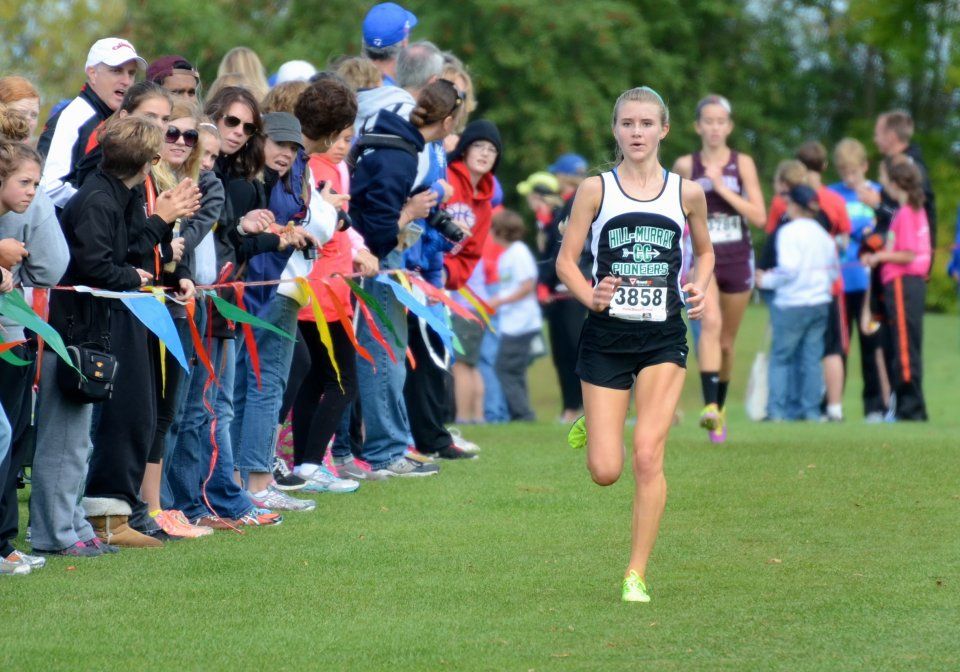 The Stillwater boys repeated their #1 finish from last year, with 70 points.  Perham continues to showcase it's strength as a team - they finished in 1st in the Class AA race in 2012 - with an 84 point 2nd place finish in the AAAA race.  Centennial finished in the 3rd spot with 186 points. 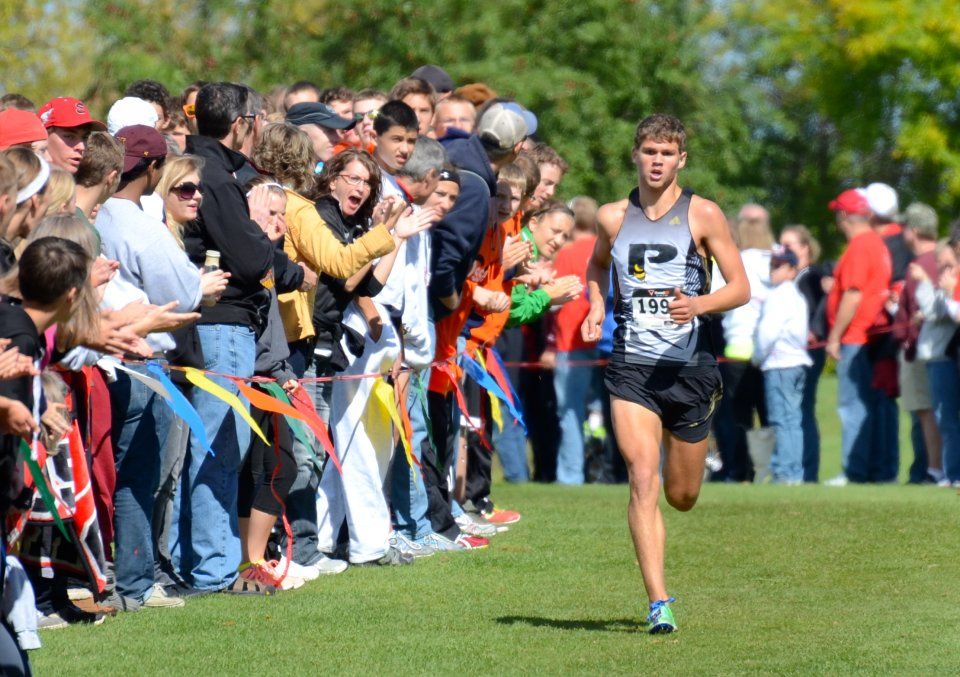 Keeghan Hurley (Perham) finished as the individual champion with a 15:33.4 finish. 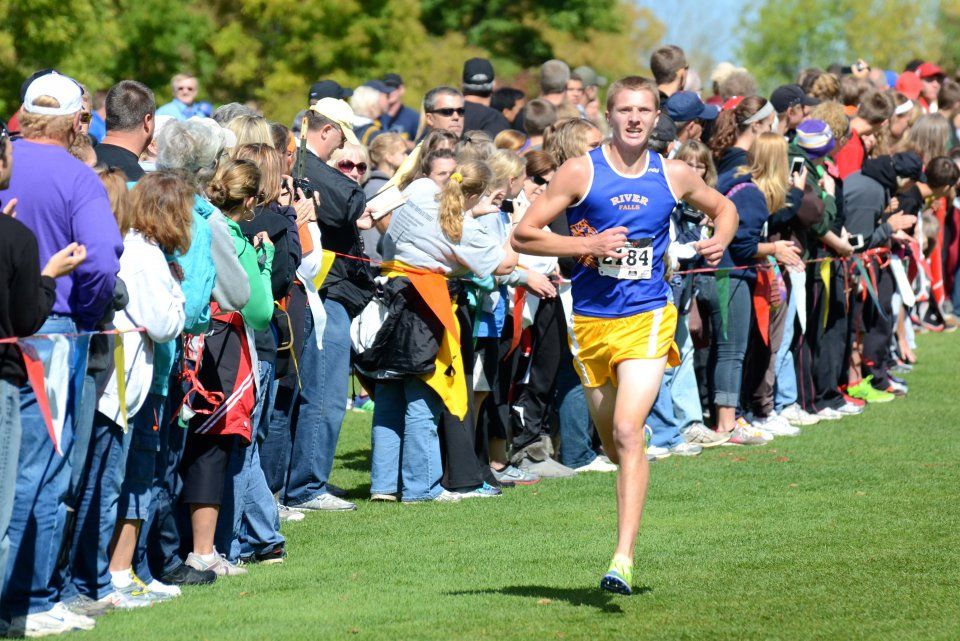 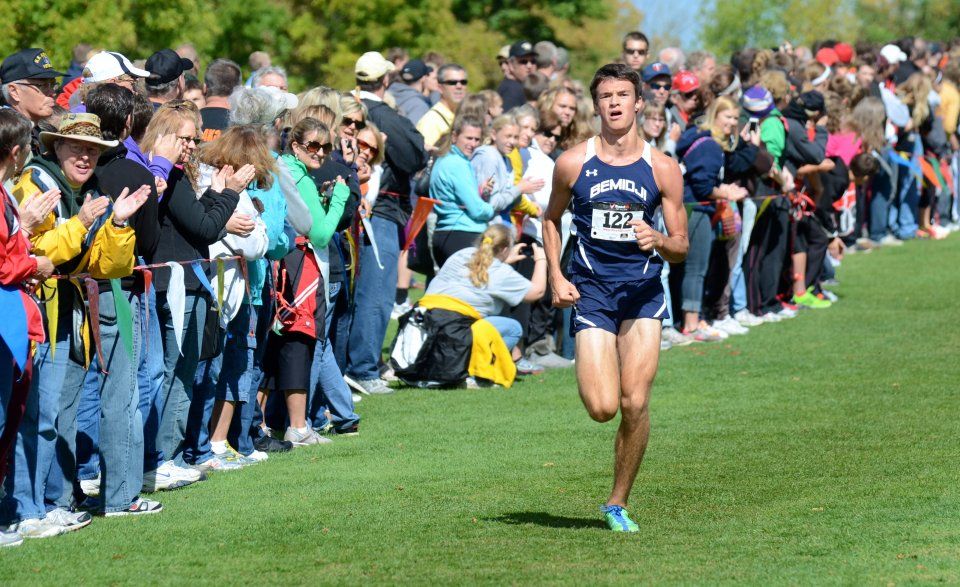 East Ridge took the team title on the girl's side with 55 points, followed by Moorhead with 132 points and Bemidji with 140 points. 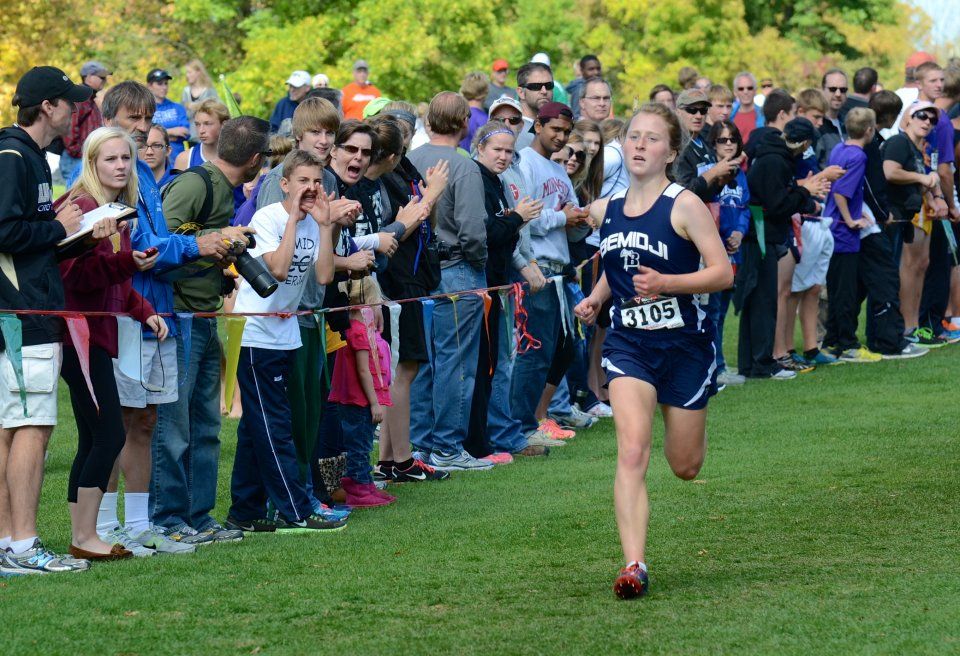 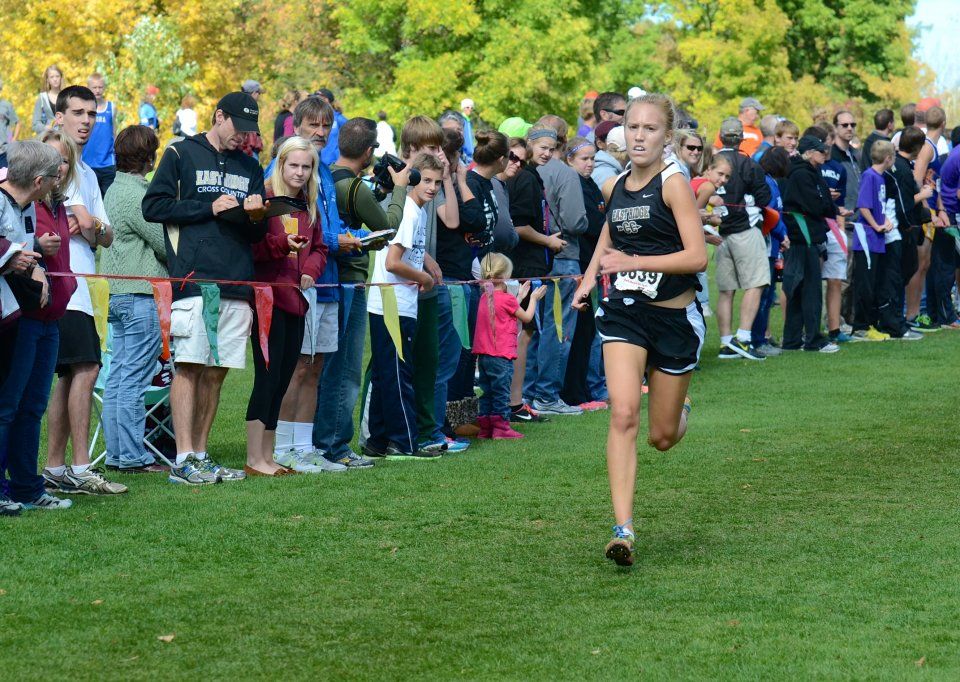 East Ridge claimed the next two spots with Bailey Ness finishing in 2nd with a 14:15.3 and Emily Betz completing the course in 14:22.4. 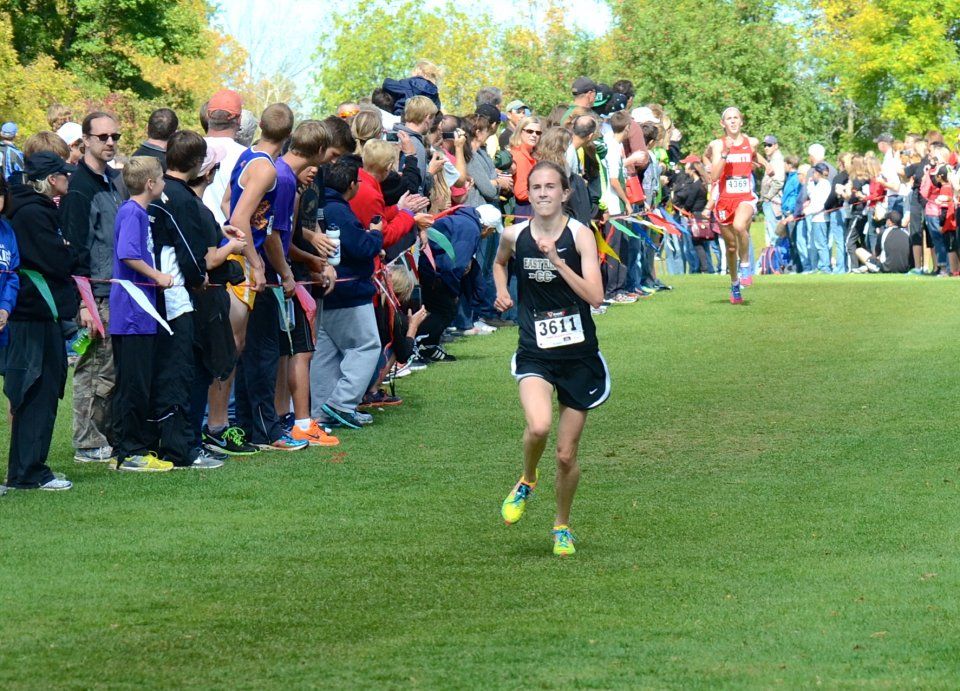 All other photos by Patrick Maurer