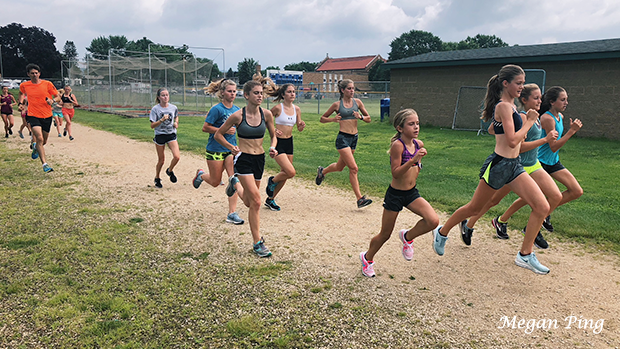 Project Gold Running Camp focuses on giving runners tools for success on the course and in life. What does it mean to go for the gold? For one week, a group of middle school and high school runners heard one answer to that question is to become a better runner by becoming a better person.

Forty young runners from around the U.S. and the world came together in the third annual Project Gold Running Camp, held in Winona, MN. The camp is organized by Megan & Ryan Ping, whose daughters Grace and Lauren are also participants in the camp.

Says Ryan, "The idea of the camp was to bring young people together that love to run. By doing so, they have fun together, learn together about things like nutrition, importance of sleep, core, strength training, goal setting, being a great teammate, and become very good friends!" 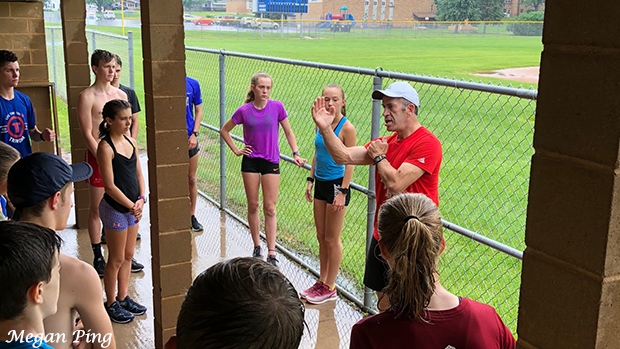 Tom "Tinman" Schwartz was the camp's main speaker. He coaches professional runners as well as middle school & high schoolers. Tom focuses on the technical aspect of running; form, uphill running, pre-race, post-race, workouts, planning, and other crucial aspects of running successfully. "I like that Tom talks because I learned a lot of things about training that I had never learned before," said Kaylee Arndt from Lanesboro/Fillmore Central's cross country team.

The camp also featured professional runner, brooks beast, Garrett Heath. The former State champion from Winona spoke about running in college for Stanford and about the jump to running professionally. His key point was that, on any given day, anything is possible and you have to decide if the sacrifice is worth it to you (going to bed early, eating right, etc). Current University of Minnesota runners Megan and Bethany Hasz, as well as Iowa State runner Caili Logue, helped serve as counselors.

"Some things I am taking away from the camp are to never give up on your goals and to be a better person to become a better athlete," says Lexi Duscher of Princeton, MN. 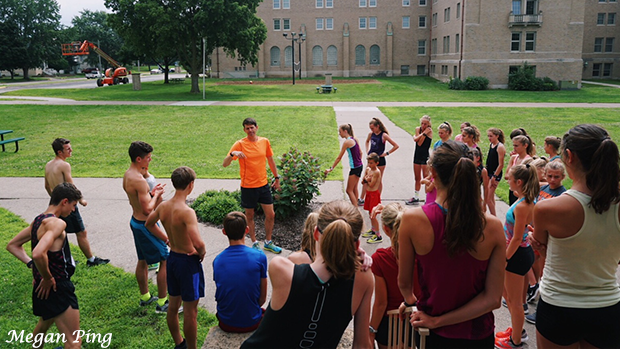 The camp is growing every year, and the dates have already been set for the 2019 session, which will take place from June 23rd-28th in Winona, MN.

"I enjoyed training with kids that were around my same fitness level and also loved all the activities we did outside of running, like kayaking, canoeing, stand up paddle boarding, bags tournament, volleyball, karaoke & scavenger hunt," Aidan Puffer of Manchester, CT said.

Added Margaret Dalseth from Visitation High School, "The camp was an amazing opportunity to run with some of the best runners from around the world and make friendships that will continue beyond camp," 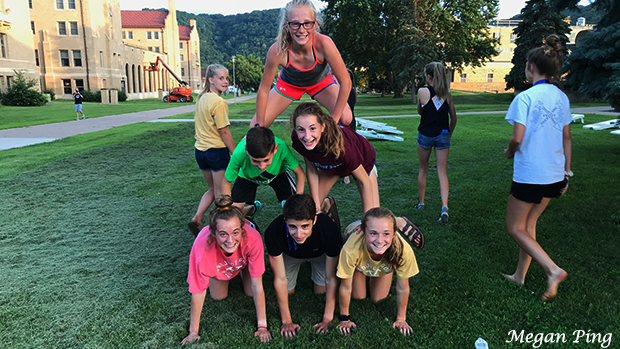