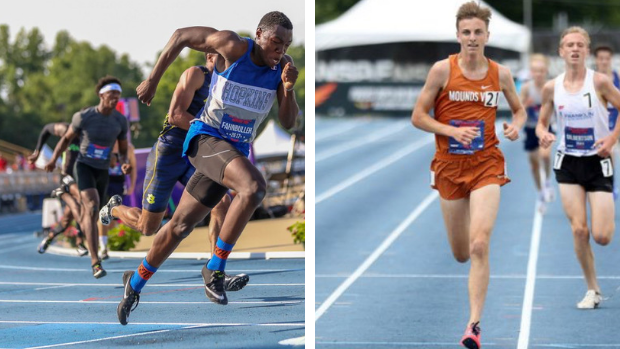 Fahnbulleh leaves Minnesota holding four state records, each of which were broken handily and is hands-down the greatest male high school sprinter to ever come from the state up to this point and is one of the headline recruits at one of the nation's best sprinting colleges. McArthur last fall became one of the youngest runners ever to compete at Nike Cross Nationals with his Mounds View team and set a state 8th-grade record in the 1600m -- and US No. 1 time for his class -- with a time of 4:22.40 in the spring. He and his Mounds View teammates will try to earn a state title this fall and make a return trip to NXN.