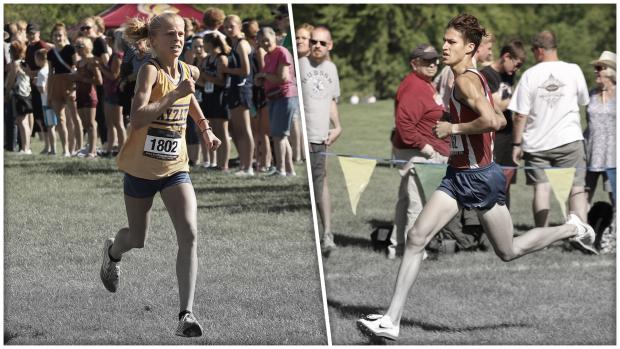 As a result of their big wins and continued win streaks, Robbinsdale Armstrongs Noah Breker and Wayzata's Abbey Nechanicky are time and time again showing up on the MileSplit National site (MileSplit)!

Both Abbey Nechanicky and Noah Breker showed up this week in the National Performer of the week polls for their accolades at the 2022 Roy Griak Invitational.

Breker won the Roy Griak Invitational in 15:31.10 to make for his fourth-straight meet win of the season. He was able to beat out Dowling Catholic's Jackson Heidesch by two seconds for the win. His time of 15:31.10 was just 0.30 seconds off the meet record held by Obsa Ali.

Nechanicky also won at the Roy Griak Invitational with a time of 17:37.90 which was 30 seconds better than anyone else in the field. Nechanicky was able to lead the Wayzata girls to a narrow team victory over the Cherry Creek girls of Colorado. Her time is the third fastest in meet history behind Emily Covert and Riley Stewart.

Due to their big wins, fast times, and undefeated seasons, both Breker and Nechanicky made big jumps in the MileSplit 50 rankings. Breker started off the preseason rankings there ranked #25 before moving up to #14 in the week one rankings, and is now #11 in the week 2 rankings.

Nechanicky started off the preseason rankings as an honorable mention after missing the whole 2021 cross country season. After her big St. Olaf win she jumped into the rankings at #11 for week one and after crushing the Roy Griak field, she now ranks #3.