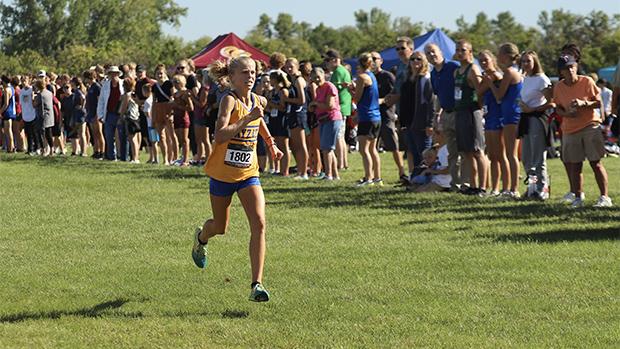 This fall it's Abbey Nechanicky's world and we're all just living in it. Nechanicky continued her torrid pace this season at the Heartland Regional where she won her 8th straight race of the season with a time of 16:44.70 to beat out Paityn Noe by 18 seconds.

Nechanicky led the Wayzata girls to the team title at the meet, where they scored 75 points to beat out the Olathe West girls who scored 140 points. They placed all five scoring runners in the top 23 scorers and had a scorers average of 17:53 and a varsity average of 18:09, both season bests.

VOTE: Vote Nechanicky for National Performer of the Week

She ranks 3rd nationally for the 5K this season, only behind Irene Riggs and Ava Bushaw.