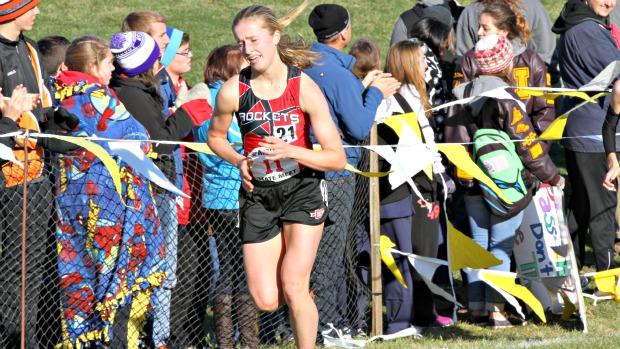 Bill Dellinger, former Head Cross Country and Track & Field coach at the University of Oregon, and mentor of greats such as Steve Prefontaine, and Alberto Salazar, has a theory about distance runners not widely held by other coaches.  His belief is that distance running is dominated by those with talent more than hard work.

Yet is it not true that almost all high school runners turn out for their sport because they have talent in this area?  Certainly the word "talent" has many meanings too.

Rochester John Marshall's Emma Christensen capped off an excellent career in high school cross country by finishing in fifth place in the Class AA girls 5000 meter race.  Finishing ahead of her were the Hasz twins of Alexandria (who finished 1-2 for the second straight year), Claire Boersma of Marshall, and Emma Benner of Forest Lake.

This was Emma's third straight year competing at the state meet:  As a sophomore she finished 33rd, and as a junior she was 15th.  This was the first year that Emma won both the Big Nine Conference and the Section Meet, although she was previously the 2013 Big Nine Conference champion as a sophomore.  She was ranked as high as 3rd in state by raceberryjam.com. 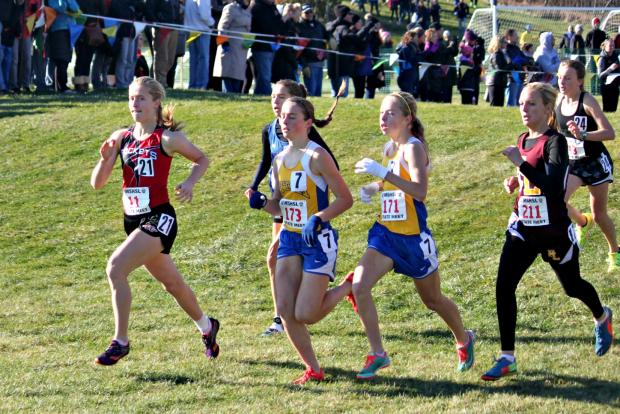 But it is Emma's total career that is overwhelming.  She has a sleeve on her letter jacket, with so many cloth awards, that it looks like it could be used as a hockey goalie's pad. She will have 17 all-conference awards and 7 all-state awards on that sleeve after this year's state cc meet. Since the seventh grade she has lettered three times in hockey, five times in cross country, and five times in track & field. 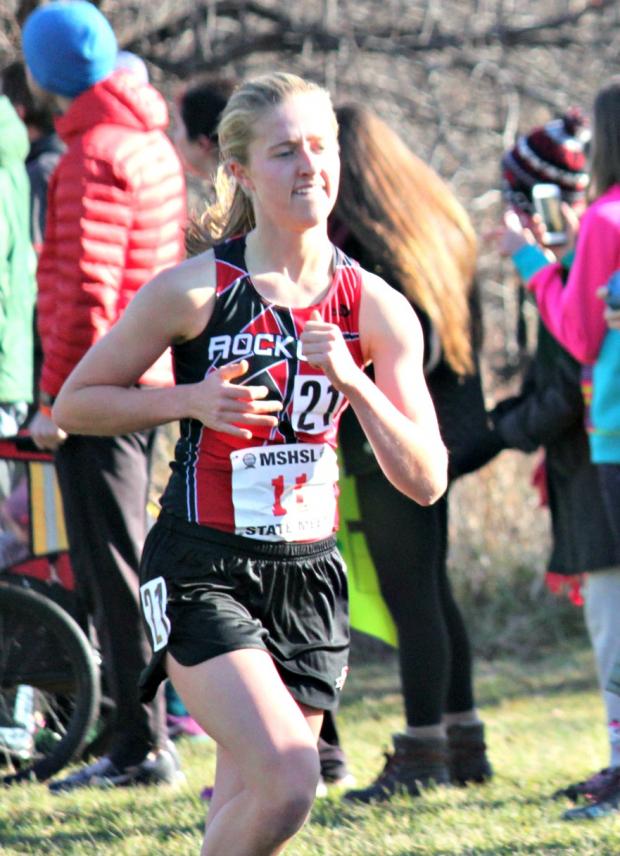 She is able to use what has worked for her in the past and incorporated new things that make sense.  Although she enjoyed what she did, she does feel that there is room for improvement as far as knowing that she is doing the right things.

Emma plans to run in college, although she hesitated to name a favorite.  She intends to study something that emphasizes math and science.  Perhaps Biomedical Engineering or Medicine is in her future.

She is coached by Pam Davick in both cross country and track.  Mrs. Davick has coached for many years in Minnesota and North Dakota.  She has had several student-athletes at the state meet including Josie Johnson, the title winner in 1996 and 1997.  Heather Phillips finished 40th and Josie Johnson 74th in the 1995 state meet too.

Post-script:  Emma ran at the Nike Heartland Meet, which is composed of teams and individuals from Iowa, Kansas, Minnesota, Nebraska, North Dakota, South Dakota, and Wisconsin.  She finished in 13th place in 17:55.9 in that competition which was dominated by Minnesota teams.  She needed to finish in the top five to move on to the nationals meet, which is called the Nike Cross Nationals, with the acronym NXN.

Emma also signed a national letter of intent to attend the University of Utah next year.