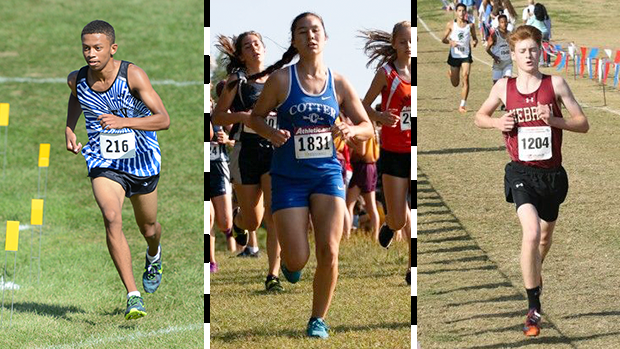 There is a lot that happens in a cross country season, and so much that goes unnoticed or unappreciated. I and my staff do our best to give everyone their due, but that only goes so far. We see and notice so little that actually goes on in a given season. In fact, most everyone who reads this site know more about the inner workings and goings-on in Minnesota than we do (in particular, me). That's because most everyone who reads this site is either a runner, a coach, or a parent closely affiliated with a team whom I and my staff probably know almost nothing about other than the times run by the athletes on said team. Certainly, there is value in that, but one of the joys of athletics, and indeed of life in general, is being able to share observations, factoids, opinions.

As such, we present a new weekly series that consists of observations, factoids, and opinions throughout the past week from me and my staff. Part of the drive behind this series is to share some news, but mostly, it is an effort to interact with you all by sharing things that stood out to us. In return, we would love for you to share with us things that stood out to you. You can do this through our forum (yes, we have a forum, we've always had a forum, though it has only seen a total of 37 posts in 8 years - you can visit said forum by clicking the "Discuss" tab up at the very top of this page... or you can click here). I have created a topic in the forum which contains each of these observations below. Please let us know what stood out to you!