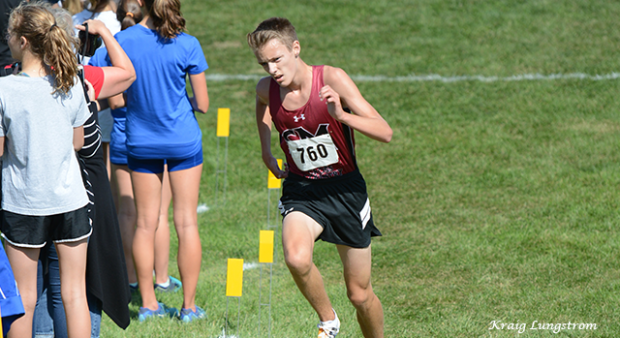 The Skinny: Emmet Anderson finished sixth at last year's state cross country meet (as a freshman) and has jumped all the way up to being ranked second this year. This season, he has already picked up a win at the UNC Central Minnesota River Run, but finished in 12th at the St. Olaf showcase while being defeated by Harris Anderson of Math and Science Academy (a Class A rival). That performance should not affect the dominating win that he should pull off at this meet, ahead of his teammate Hunter Klimek who ran a lifetime best at St. Olaf. Being led by Klimek and Anderson, Staples-Motley is currently ranked fourth. Not all that far behind them in the projected team competition is Little Falls of Class AA. While their first competition in Milaca wasn't the greatest (though they could have been treating it like a workout), Little Falls could show their team's potential if they close the gap between them and Staples-Motley.

The Skinny: United North Central and Staples-Motley will be locked in a tight matchup for the second time this season, only this time, the field will be much larger. SM took the win over UNC last week at the Central MN River Run mainly thanks to the size of the field downplaying the gap between their fourth and fifth runners. This time, however, UNC is projected to take the win on a tiebreaker even though SM projects to put four in the top seven. In order for SM to hold their advantage, they need their fifth runner (probably seventh-grader Addisyn Chicos) to step up. If she does, Staples could find themselves in the conversation to get ranked.  Last year, the trio from Staples-Motley of Kira Sweeney, Addison Lorber, and Ashley Robben advanced to the State Championship for cross country, while Annika Aho and her teammate Kate Hendrickson advanced for UNC. Katie George and Jade Rypkema are also state-qualifying athletes in the field, but one wild card athlete to watch out for is Wadena's Abby Motschenbacher, who had a huge PR in her first race of her senior season, which was almost two and a half minutes faster than the time she opened with in 2017.

*Note: due to the postponement of this meet, UNC will not compete as they will run at a different meet today.