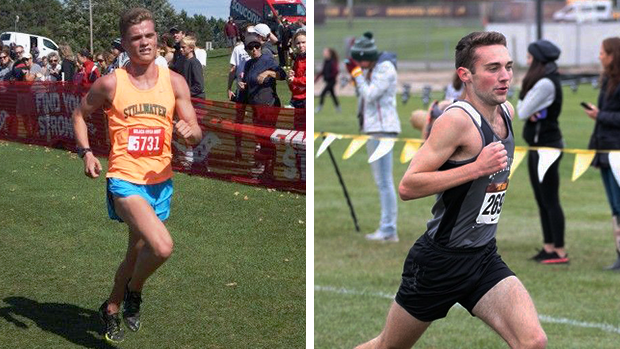 The Skinny: Top to bottom, this meet will play host to some of the best talent in Class AA. Acer Iverson returns to defend his meet title, running what will be just his 3rd 5K of the year. After an impressive 2nd place finish at the Roy Griak Invitational, he should be considered the favorite. He'll have to first battle conference rivals 5th-ranked Addison Stansbury and 9th-ranked Austin Streit. Stansbury owns the fastest time of the season after finishing runner-up to Max Manley at the Milaca Mega Meet. Streit and his teammate Lukas Hessini (ranked 12th) should work together up front. 7th-ranked Nicholas Scheller appears to be in better shape now than he was in his fantastic sophomore season, and he took 2nd here a year ago. Oliver Paleen's breakout year has been an intriguing storyline all year long, and his 10th place finish at Griak cemented him as a podium candidate at State. Max Lauerman finished just two seconds back of Paleen in that race, demonstrating his fitness. With so much talent in this field, the pack should stay together for the majority of the race. Expect a strong move coming out of the woods and a potential sprint finish. On the team side, half of the ranked Class AA teams will be in attendance. 3rd-ranked Mounds View takes a slim win in the virtual meet, and their 2nd place finish (and upset of Stillwater) at Milaca showed that they can hang with any team on the state when fully healthy. 4th-ranked Stillwater and 6th-ranked Red Wing are projected to finish within 9 points of the Mustangs, setting the stage for a very tight team battle. But don't sleep on 7th-ranked St. Paul Highland Park, 8th-ranked Buffalo, or 11th-ranked Minnetonka team either. However, the win will likely come down to Suburban East Conference foes Stillwater and Mound View, so make sure to pay attention to the finish of their packs. 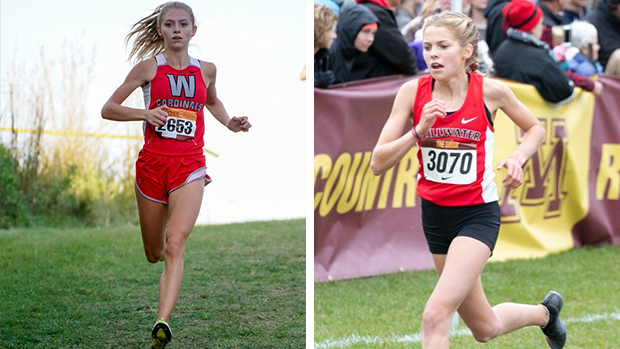 The Skinny: Stillwater's duo of 8th-ranked Analee Weaver and 10th-ranked Avery Braunshausen is one of best few 1-2 punches in the state, and they should be expected to lead the way at Alexandria. Weaver has been a consistent force throughout this entire season, running sub-19:00 in every 5k this year and finishing in the top four in every meet except for Griak. Braunshausen appears to be rounding into form after three consecutive sub-19:00 times. They'll have to battle Willmar's own dynamic duo of Heidi Schmitz and Leah Hansen, who should also be in the lead pack. Meghan Pierson is fresh off an impressive win at the Jefferson Jaguar Challenge, and was within striking distance of Stillwater's duo at the Chaska Victoria Lions Invitational. Grace Johnson had a very strong start to the year, but hasn't had a performance equal to her 8th place finish at the St. Olaf Showcase, so she's a bit of a wild card. Ingrid Buiceag-Arama is always in contention as well. And don't sleep on Molly Moening, who has beaten both Weaver and Braunshausen at points during the year. On the team side, the Stillwater girls are projected to be in a very tight battle with Willmar. However, the 6th-ranked Ponies have been a bit more consistent, so they should probably be favored more than the virtual meet suggests. The 7th-ranked Willmar girls are no slouches though, and have about as strong depth as Stillwater. The 5th runner of each team should be vital to the team standings, as both Stillwater and Willmar have a small gap between their 4th and their 5th. The battle for 3rd should be wide open, with 10th-ranked Marshall and 12th-ranked White Bear Lake trying to fend off solid Minnetonka, Becker, and St. Paul Highland Park teams. Like in the boys race, the team finish will be extremely close and unpredictable.
(written by Sam O'Donnell-Hoff)