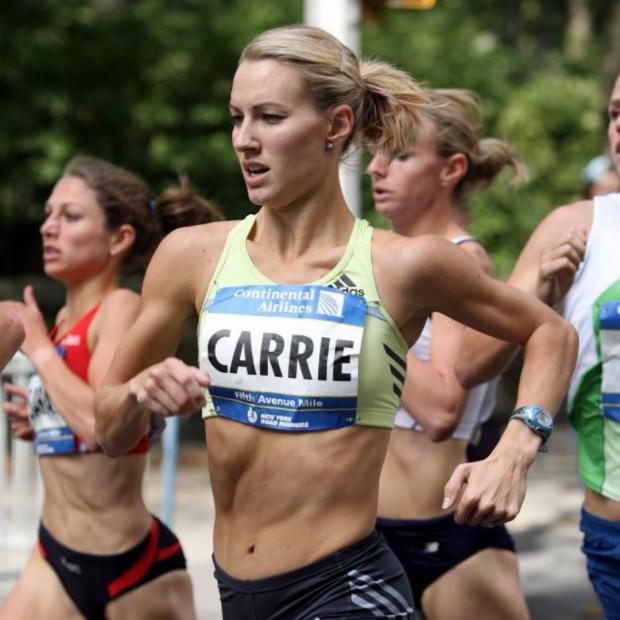 Carrie was born and raised in Dawson, Minnesota. In high school, Carrie won 13 state championships setting a national record of five consecutive (1990-1994) individual cross-country state championships.  She won eight individual track and field titles in the 1600 and 3200 meters, and she set a state record in the 3,200 meters in 1994 with a time of 10:30.28. Tollefson's 13 individual titles in cross country and track are the most ever in the state's history.

Tollefson competed in the 1,500-meter run at the 2004 Olympics. Tollefson qualified for the semifinals with a time of 4:06.46 and entered her semifinal heat with the 14th best overall time from an original field of 44 runners. She was ranked #1 nationally by Track and Field News. In 2006, at the USA Cross Country Championships, she won the 3,000 meter and 4k race.

Now an Olympian and 3-time national champion she lives and trains in her home state of Minnesota where she hopes to encourage and motivate the next generation.