Individually, Staples-Motley junior Emmet Anderson earned a tight victory Bloomington Jefferson senior Colden Longley. The pair went 15:44.5/15:45.8 in very impressive form against a field of what could possibly be the best they will face until the state meet. Anderson's win is especially impressive as it comes on the heels of his 16:15 victory at his home meet on Monday. He defeated Brandon O'Hara of Perham and will be the top-ranked class A boy so far this season. Longley also puts himself among the top names this season with a new 37 second PR and the top time in class AA thus far. Overall, four of the top five finishers were class A runners. 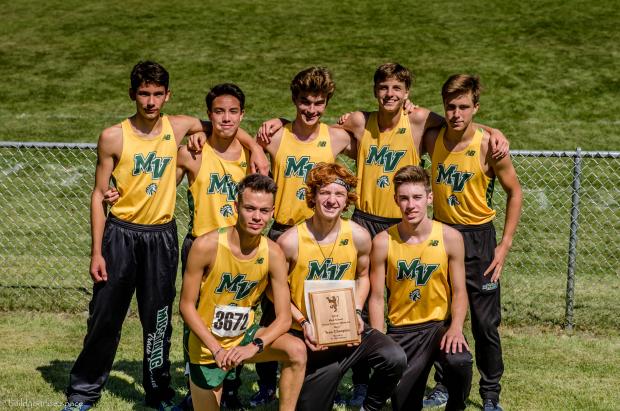 On the team side Mounds View scored an impressive 62 point win in a loaded field. Mustangs Coach Fleming told us in his pre-meet interview that pack running was the goal for the day more than time or placement. It turned out pack running was the key to the win as Mounds View's 45 second split put all five runners in the top 27 in a field of over 850 runners. While they will not run in a race nearly that big again this season, the 16:45 average time is already within reach of state meet level on the final weekend of August. MV seniors Finn Sokolowski and Alec Nelson went 7-8 in times of 16:19.3 & 16:30.2 as the Mustang's top finishers, fourth & fifth class among AA finishers. Second place Eastview was led by senior A.J. Green (16:13.4, 6th place) and their third man was in front of Mounds View's no. 3 but their 1:51 split accounted for the 60 point difference in the final score. Perham was the top class A team led by O'Hara and a respectable 17:10 which would have been sixth fastest in the class A state meet last season, an impressive performance in August, much the same as Mounds View's effort in perspective.

Wayzata Freshman Abby Nechanicky pulled away from Zumbrota-Mazeppa freshman Natasha Sortland in the final mile to take the individual title in 18:19.3 the fastest class AA time this season and just 10 seconds off her PR. Sortland's 18:44.9 is the fastest class A time this season by 45 seconds and is 15 seconds off her PR. The dual between a pair of promising freshman was also part of a larger youth movement as the top five finishers were all freshman or sophomores. Overall just two seniors placed in the top ten, led by Red Wing no. 1 Grace Johnson (19:12.0). Saint Michael Albertville sophomores Ali Weimer and Katie Sigerud went 4-5 overall both in sub 19-minute times. 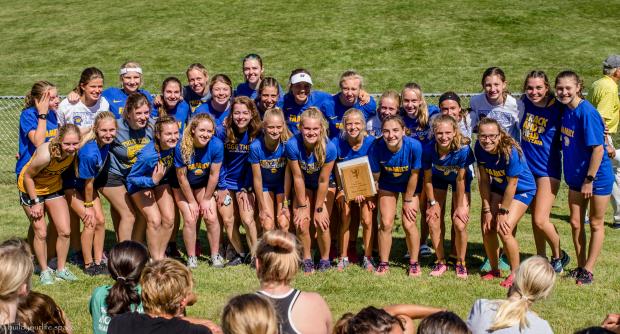 Led by Nechanicky's victory, Wayzata flexed its muscle edging Saint Michael-Albertville by 10 points, winning without projected number one and sub-18 minute performer Emma Atkinson or Caroline Sassan. It's likely that several teams had a runner or two sidelined or training through the race but Wayzata averaged 19:39 and put all five scorers in the top 25 without a possible state title contender and another all-state talent on the bench. Yet STMA had a great day that is very impressive in its own right, bettering Wayzata's average time (19:37) running a tighter 1:31 split. Their top pair was 3-4 individually and ran competitively with the level of athletes they'll face at the class AA state meet and NXR. Staples-Motley was the top class A school, finishing eighth overall, led by eighth-grader Kyanna Burton (20:05.3, 22nd).