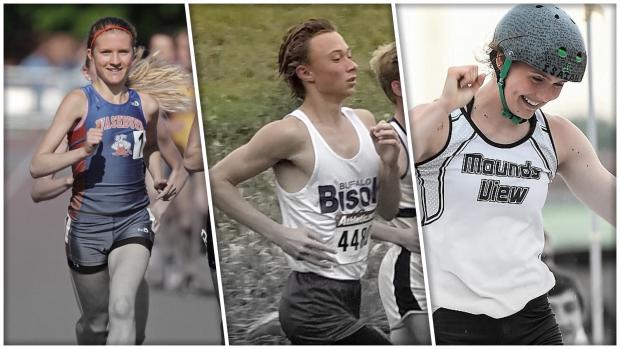 Here we look at those select athletes that qualified for the DI NCAA Indoor Track and Field Championships.

Basten's qualifying time of 3:56.10 is the 13th ranked time among the 16 qualifiers, and if about 4 seconds behind #1 qualifier, Morgan Beadlescomb.

The men's 1-mile run prelims are Friday, March 11 at 4 p.m. with the finals occurring the following day (March 12) at 4 p.m. Live coverage will be provided online via ESPN3.

Continuing the legacy of the Otterdahl brothers and going to his 2nd straight DI Indoor National Championships, Otterdahl will compete in the men's weight throw.

The only Minnesota qualifier to qualify in multiple events is STMA graduate Anna Keefer. Keefer qualified with a time of 23.24 in the 200m and a jump of 21' 6" (6.55m) in the long jump.

Keefer qualified in the long jump at ACC Indoor Championships with her jump of 21' 6" which was a new school record and a 1st place jump. She qualified in the 200m when she ran a 23.24 at the Tiger Paw Invite at Clemson.

The talented distance runner from Minneapolis Washburn, qualified for her first NCAA track and field National Championships in the women's 5000m. She is ranked as the #8 qualifier with a time of 15:35.40. The #1 qualifier is Courtney Wayment who holds a 20 second lead over Covert, and a 12 second lead over anyone in the field.

Covert qualified at the Hucky Classic in Washington where she finished only behind Boulder Elite runner Carrie Verdon. Covert's time of 15:35.40 is the 4th best all-time indoors for the University of Colorado women.

The greatest pole vaulter in Minnesota state history is heading to her second straight NCAA National Indoor Championships, this time as a top-three qualifier. Fixsen is the #3 qualifier with a jump of 14' 8.25", and is 5.25" behind teammate Rachel Baxter who is the #1 qualifier.

Fixsen qualified with her jump of 14' 8.25" at the Doc Hale VT Elite meet in early February where she finished 2nd overall behind Rachel Baxter, but also with the same height. She will look to improve on her 11th place finish from last season at the meet.