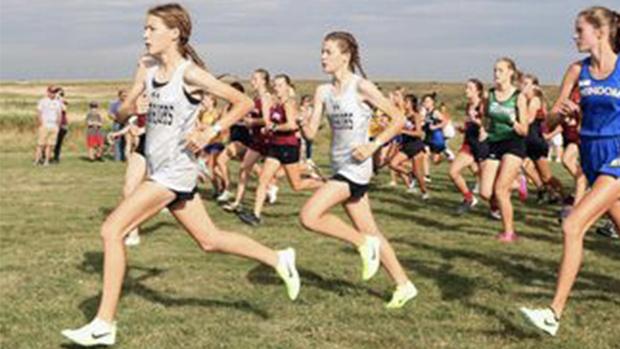 Augustana University in Sioux Falls received major commitments from two of the best runners in Minnesota in Amanda and Ashley Overgaauw of Murray County Central.

Amanda is fresh off a season where she won 10 straight races before finishing 2nd at the MSHSL State Cross Country Championships for Class A and 9th at the Team Heartland Regional Championships. She also set a new PR in the 5K with a time of 17:24.71, which is #22 all-time in Minnesota and #5 all-time for Class A.

Amanda went undefeated in her 2021 cross country season which culminated in her winning the Class A state title.

Not far behind her sister, Ashley finished in second place behind Amanda eight times this season and was a four-time state qualifier in track and cross country in her career. Ashley holds a 5K PR of 17:59.00 which led her to a Red Rock Conference title in 2020.

Ashley's only loss in 2020 was in her first race of the season to her teammate Morgan Gehl. Unfortunately, there was no state meet that season.

The Overgaauw twins will join an Augustana XC/Track squad that features many great Minnesota distance runners from recent graduating classes.

All PRs from high school races only*

This is already a strong Augustana women's cross country team who recently won the Northern Sun Intercollegiate Conference championships. Their top finisher was Nicolette Schmidt of Redfield, South Dakota, but their next four finishers were Patty Jo English, Mia Salas, Taylor Melton, and Ella Bakken. All of Minnesota.

The program will get a big influx next year from Ashley and Amanda Overgaauw and Laura Thompson (did not run this year). If you convert their 5K times to 6K times, Thompson would've finished 10th at the NSIC Championships, Ashley 7th, and Amanda 2nd overall.

Augustana will get an influx of talent here to add to their conference championship team from this fall.