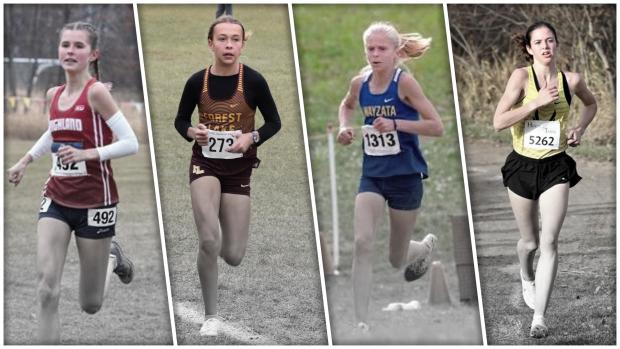 The cross country season is finished for all but a select few Minnesota runners. It was a season filled with record-breaking performances, school records, historic records falling, and so much more!!

Here we look at our candidates for the MileSplit Minnesota Girls Cross Country Runner of the Year!

Over the next few weeks, MileSplit Minnesota will be rolling out polls to determine who was the top boys and girls cross country runner this fall. Fans can vote for which runner they thought had the best cross country season.

We've selected 8 boys and 8 girls based on their times, performances, and accolades during this cross country season and placed them in a bracket of head-to-head matchups where your poll votes on the next page will determine who advances.

Athletes included are runners and times only from the 2022 fall cross country season. There were no limits to who could be included.

Go to the next page to see who are candidates are for the Minnesota girl's XC runner of the year!!!