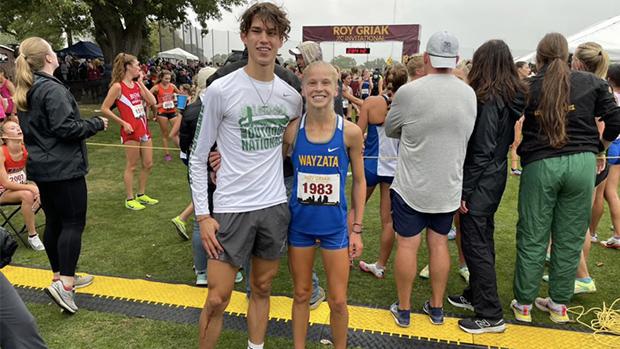 At least a couple of Minnesota's best will compete against national competition at the 2023 New Balance Nationals Indoor as Abbey Nechanicky and Noah Breker are committed to running at the meet in Boston that runs from March 10th to March 12th.

She could also run in the championship 5K. She owns a 5K PR of 16:43.70, a mark that ranked #3 nationally this past cross country season.

Both Nechanicky and Breker after coming off breakout cross country seasons will look to take that momentum into the indoor track and field season where they will again look to make noise nationally.