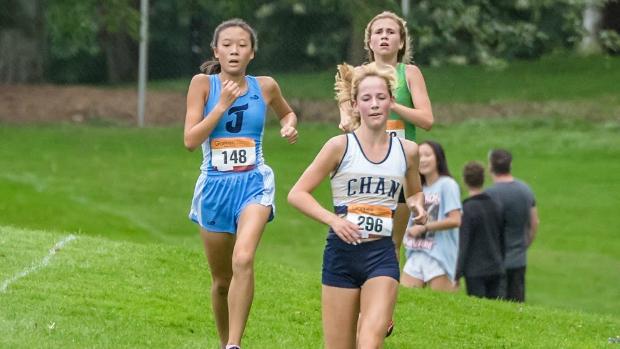 It's another busy week of cross country action in Minnesota as the midway point of the season approaches. Athletes have gained fitness and racing experience in a new year and every meet uncovers a new storyline. Stay updated with our recaps and results for the week.

RECAP: Morris Area stacked five in the top 12 with a 17:55 average led by runner-up and newly MNXCCA no. 9 ranked senior Noah Stewart in a race shorted to just 4500m. Team runner-up Milbank was led by individual winner sophomore Nick Batchelor.

RECAP: Morris Area/Chokio-Albert took a narrow win over runner up Milbank based on the their 1-2 punch that also finished 1-2 overall in the final results. Senior Maddie Carrington was first followed by sophomore Meredith Carrington and that was the difference for the Tigers who earned a mere 7 point victory.

RECAP: Worthington claimed four of the top five spots with all five scorers inside the top eight to earn the win. They averaged a 17:25 win led by individual winner senior Adam Koller who was over 30 seconds ahead of individual runner-up, Martin County West junior Jake Lewis.

RECAP: Class A no. 1 ranked Murray Co. Central-Fulda junior Morgan Gehl displayed the talent of a top ranked athlete, running a solid 18:26, a second shy of two minutes better than Martin County West junior Marissa Whitehead who was runner-up. While this weekend's action may challenge Gehl's mark, she currently has the fastest time in the state this year at 18:06.5

RECAP: Chanhassen senior and MNXCCA no. 2 Nick Scheller and Bloomington Jefferson senior and no. 3 ranked Colden Longley broke away from the chase pack midway through the race before Scheller ultimately took the win by four seconds. However, Longley's team proved better on the day with a 39 point victory. The Jaguars averaged a 17:21 and no other team could match their three runners in the top ten despite a split just under two minutes in the 26 team field.

RECAP: Despite running a squad without their top runners, Edina proved their depth by winning the team race with a 21:07 average and three in the top 12. Chanhassen junior Meghan Pierson was the individual champ as one of just three runners under 20 minutes on a muggy night on a hilly course. Edina was led by third place finisher, freshman Mary Velner who was among the lead trio of runners for much of the race. Bloomington Jefferson freshman Megan Lee was second. Just six seconds separated the winner from third place.