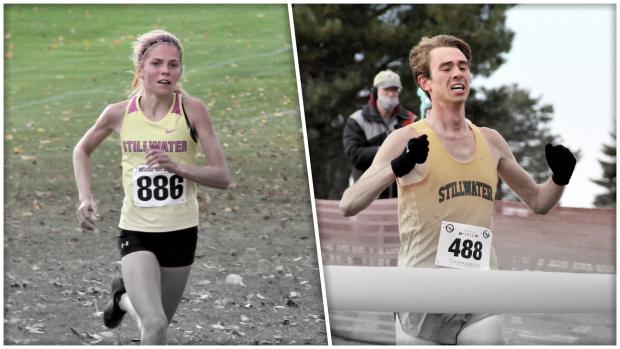 Weaver, the state's returning Gatorade Runner of the Year, set the state record in the 5K with a time of
16:42.6 at the Forest Lakes Suburban East Conference Tri-Meet on Oct. 1. Weaver completed an undefeated season against in-state competition by winning the Twin Cities Running Club Showcase Large School Division race in 17:04.38, breaking the tape 44.62 seconds ahead of her next-closest competitor. She also took fourth at the XC Town USA Meet of Champions.

Check out other articles mentioning Ana Weaver Below

Vargas won the Twin Cities Running Club Showcase Large School race this past season with a time of 15:54.6, breaking the tape 2.52 seconds ahead of his next-closest competitor. Vargas also took first at the Section 4AA meet and the Suburban East Conference Championship meet. There was no state meet due to pandemic concerns. A three-time All-SEC selection, he finished 10th at the 2019 Class AA state meet.

Check out previous articles about our Gatorade POY WInners Below: