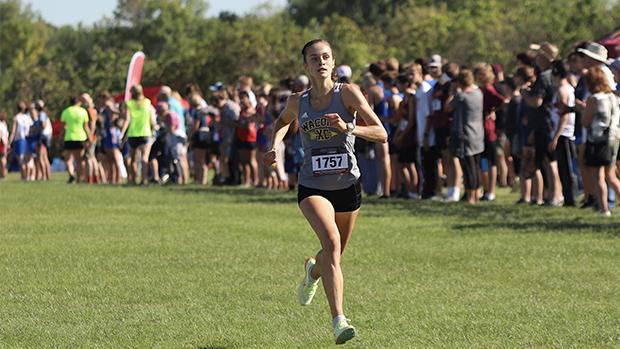 The 2022 Minnesota cross country season is off to a hot start with fast times, big team and individual wins, personal bests, and yes hot temperatures. This past week was the first full week of meets of the season and that means it's time for you to vote for the runner for the week.

So without further ado, here are this week's nominees for the Minnesota female cross country runner of the week for August 28th through September 3rd:

Abbey Nechanicky (Wayzata): Nehcanicky burst off out of the gates to start her 2022 cross country season with a massive win at the St. Olaf High School Showcase where she won with a time of 17:08.9 to take the win by over a minute. Nechanciky in the process set a new 5K PR, won her 2nd St. Olaf HS Showcase title (2019, 2022), and ran a top ten 5K time all-time by an MN girl. As of this writing, her 5K time sits 6th nationally among all high school girls.

Amanda Overgaauw (Murray County Central): Overgaauw won her 12th cross country meet in a row (dating back to last year) and set a new personal record at the start of her senior year. Overgaauw won the Mountain Lake Paul Metcalf Invitational with a time of 17:36 that beats her old PR by 5 seconds. Her time of 17:36 sits as the 26th fastest nationally this season and 26th all-time in Minnesota.

Isabelle Schmitz (Hutchinson): The defending Class AA state champion started off her season with a strong performance at the Orono Twilight meet where she took the win with a time of 19:18.20 over Erica Kazin of Delano. This marks her 11th straight win in Minnesota going back to the start of last season.

Madaline Lage (Waconia): Lage finished in a surprise third place at the St. Olaf High School Showcase with a time of 18:54.80 which marked Lage's first time running under 19 minutes. Lage was able to beat out 7 Class AAA ranked runners from the week 1 poll. I think we might see start seeing her now in future polls...

Who was the MileSplit Minnesota Female Runner of the Week? (August 28 - September 3)