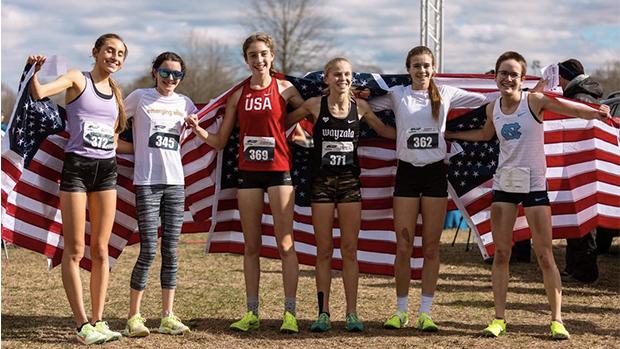 At Pole Green Park just outside Richmond, Virginia on Saturday, some of the nation's high school cross country greats put on a show at the USATF Cross Country Championships, snagging both of the junior girls and boys individual titles and earning six of 12 automatic berths to the World U20 Championships next month.

Wayzata's Abbey Nechanicky nabbed one of those six automatic berths for the World U20 Championships in Australia by finishing 4th overall in a time of 20:07 for the 6K.

Nechanicky is now eligible to run at the World U20 Championships next month if she is able to get there. Alternates will be named for the USA if any athlete is unable to make it to Australia.

By finishing with a time of 20:07, Nechanciky set an "unofficial" state record in the 6K beating the previous record set by Grace Ping in 2019 with a time of 21:27, finishing 4th overall at the USATF U20 XC Championships. They are the only two girls in state history to run the 6K in a cross country race according to our database.

Five of the six girls who earned their spots on Team USA for the World U20 Championships are high schoolers in a field consisting of collegiate racers. Among the collegiate racers in the field were University of Minnesota runners and former Minnesota high school standouts Ali Weimer (STMA), Isabella Roemer (Chanhassen), and Elsa Bergman (Hopkins).