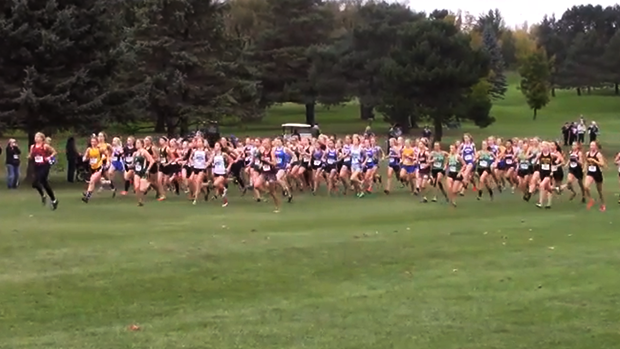 For 68 years, cross country competition has been held in Duluth in the form of the Swain Invitational. In terms of sheer size, the 2000-plus competitors that will gather at Duluth's Enger Park is the second-largest high school cross country competition in Minnesota, with only the Milaca Mega Meet gathering more high school runners on a yearly basis (depending on how many high schoolers compete at the Roy Griak Invitational). The meet is as legendary as the legends who have raced at it, including Olympians Kara Goucher (formerly Kara Wheeler), Hassan Meed, Steve Plascentia, and Gary Bjorkland. Split between two classes and four varsity competitions among the ten races of the day, the meet attracts some of Minnesot'a best competition, in particular from Class A, with that competition serving as something of a preview for the State Championships one month later.

The course is famous for its difficulty, as the double-loop course runs up and down a single massive hill four times over the course of 5000 meters, and soft ground in many areas adds to the challenge. Despite impressive yearly competition, the typical boys winners have hovered around 16:00 or higher, and the fastest 4K girls time ever run on the course (prior to the race being moved up to 5K) was 14:46 for Clare Flanagan in 2012, one of only two athletes (the other being Kara Goucher) who has broken the 15-minute barrier at this meet.

The weather has always played an interesting role at Swain, as Enger Park is known to hold onto its water for a while after it rains. Last year in particular added to the legend of the Swain course as one of the top finishers described at afterwards as "an ocean," leading to times that, in many cases, bordered on two minutes slower than an athlete's 5K PR. But 2018 may be just as grueling, as Friday night rains will make the course wet once again. Last year was one of the slowest races on record at Swain, but this year could be just as sloggy, in addition to temperatures that likely may not even crack the upper-40's. So in place of any blazing times, the star of the show will be the competition, and there will be plenty of it in both classes. In the boys AA race, we'll see a large handful of teams who will all be battling for a spot at the State Meet in a few weeks, while the girls race will return last year's team champion who are trying to make a name for themselves on the national stage. In Class A, both team races are going to be very close and seven ranked squads in Class A will be making an appearance, plus many of the State's (and in one case, the nation's) best runners will match up.

Read on to check out what to expect tomorrow at Minnesota's oldest continuous high school cross country invitational!