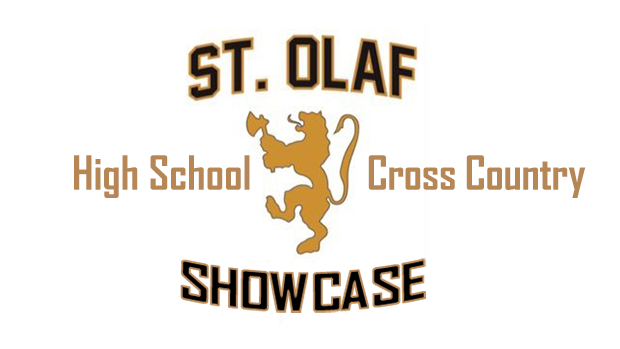 While the season normally starts a week before the meet, the St. Olaf High School Showcase is the big kick-off for that fall cross country season and this season is no exception! The 2022 Showcase will feature many of the state's best teams and runners across all classes, all looking to assert their dominance early in the season.

Here we preview who the main individual and team contenders are for the 2022 St. Olaf High School Showcase.

With 9 ranked boys teams and 14 ranked individuals, this is a deep race and is sure to be a sprint to the finish line. In this stacked field, we have the defending Class AA State Champion in Alden Keller, the Class AAA State Champion in Nick Gilles, MileSplit50 boys #25 runner Noah Breker, defending St. Olaf champ Sam Scott, and 10 other sub 16-minute 5K runners.

The top four runners from last year, Scott, Keller, Gilles, and Gerres all return this year; all looking to dethrone Scott from the top spot this year. It's a deep field with no clear-cut favorite and as many as a dozen guys gunning for the individual title.

Since this is the first major meet of the season, it's hard to see a clear-cut favorite given the lack of races so far this season. Keller and Gilles are state champions and have won on this course, Scott is the defending champion, and Breker has the best 5K PR in the field.

What we have to remember though is that last year Sam Scott came into the race as the 16th fastest runner in the field by PR. As we know he came out of the race with a 43-second PR and a St. Olaf title. Who might be this year's Sam Scott?

In the team race, this appears to be Wayzata's race to lose. They are the only nationally ranked boy's team, coming in at #24 on the preseason MileSplit 50 rankings. They are projected to win this meet by a whopping 87 points over Lakeville North and are the only team in the field with an average scorers 5K time under 16 minutes.

Don't be alarmed if things are closer than they appear though. All of Wayzata's scoring runners PRs were set at the Garmin RunningLane Cross Country Championships last fall on a super fast course in Huntsville, Alabama. They were still the Class AAA state champions last fall, but things are tighter than they appear.

Their main competitor here appears to be the Lakeville North boys who return their full complement of varsity runners last year, headlined by Andrew Casey, Bryce Stachewicz, and Niko Angell. If Wayzata runs closer to their 16:23 average from state and Lakeville can beat their 16:38 average from state, this could be closer than we think.

Some other boys teams that could make some noise include Minnetonka who is led by the Class AAA state champion Nick Gilles and Hopkins who is led by Tony Provenzano.

The mind wants to say this individual race should be close with 18 ranked girls runners in the field, but the projected virtual meet says that Sydney Drevlow should run away with this title with a 2021 PR 46 seconds faster than anyone else. What the virtual meet won't show is Abbey Nechanicky right behind her with a 17:25 5K PR from back in 2020.

This is a deep women's field after those two still with freshman phenom Daphne Grobstein right behind them with a 17:57 PR, and then 6 other girls under 18:20 in the field. A dark horse here in the field, by Minnesota standards, is Hudson's (WI) Haley Loewe. Loewe has a 17:56 5K PR and was the 6th place finisher at state as a sophomore last fall.

Some other main contenders include last year's 6th place finisher at state in Norah Hushagen, Teegan Anderson who is coming off a huge track season, and Natasha Sortland who won 7 meets last fall.

Like the boy's side, the Wayzata girls are the favorite here, but it's projected to be more of a two-team race with the Minnetonka girls in the mix. This meet will put the MileSplit50 preseason girl's team rankings to the test pitting #22 Minnetonka versus #21 Wayzata.

The last two times we saw these two teams meet was the 2021 Lake Conference Championships where Minnetonka beat Edina, Wayzata, and STMA for the title; and the Heartland regional where Wayzata beat Minnetonka. The wild card here is that Nechanicky only ran one race last season for Wayzata and Maya Mor was out all fall for Minnetonka. These are two of the state's best runners, add them onto already stacked teams and who knows what will happen.

Other contenders include the Hopkins girls led by Drevlow and Grobstein, the Farmington girls who return their whole varsity squad, and the Mounds View girls who are led by preseason ranked runners Taylor Isabel and Emily Mehta.